Volume > Issue > Conscience: When Ignorance Is Not Bliss 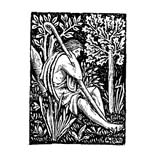 Conscience: When Ignorance Is Not Bliss

One of the joys of working with college students is that they have an astonishing ability to cut through layers of cautious obfuscation and euphemism. In other words, they have little tolerance for BS. They frequently expose the core of an issue that might otherwise appear far more complex than it actually is. For instance, a few years ago I suggested to a young Catholic student of my acquaintance that he might benefit from going to confession. His reply was a masterpiece of clarity and concision: “I went to Catholic school for twelve years. They taught me that following my conscience was the most important thing. I don’t feel bad about not going to confession, so I don’t go. In fact, I don’t feel bad about my sins at all, so why should I confess them?”

His reply raised a number of issues, but one in particular stood front and center. This young man had obviously been instructed in the primacy of conscience, but he had understood it in a way that I hope his teachers did not intend. His assumption was that because his conscience was his ultimate moral authority, he could assume his actions were morally sound so long as his conscience remained silent.

This student had sorely misunderstood the primacy of conscience, and this stemmed from an even more fundamental misunderstanding of the nature and function of the conscience. The conscience is an alarm system, designed to alert us before we sin. When the alarm goes off, we must not ignore it. We may be surrounded by voices telling us to pay no attention, but we must not heed them. If the conscience alarm says that something is wrong, we are supposed to pay attention. In the same way, if our conscience tells us that a particular course of action is demanded by justice or mercy, then that course of action is obligatory for us.

In both of these cases, our conscience is actively saying something to us. The message might be to do or not to do something, but something specific is being said. We are obligated to receive that message, and the primacy of conscience tells us that we must heed it.

Letter to the Editor: December 2016

An Effective Corrective... The Odd Man Out... Exonerated by Science... Geocentrism: A Kernel of Truth... The Wrong Press... Rehabilitating the "Reformer"... When Is It Reasonable to Reject the Law?... A Plea from India... and more