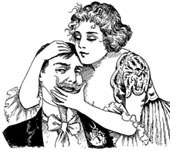 TO CIVILIZE THE COMING GENERATION

By Anthony Zimmerman | December 1999
Fr. Anthony Zimmerman, STD, is retired Professor of Moral Theology at Nanzan University, Nagoya, Japan. His book Evolution and the Sin in Eden was published by the University Press of America in 1998, and a companion volume entitled The Primeval Revelation in Myths and in Genesis is due to appear from the same publisher in 1999.

If we don’t head off the contraception stampede, civil life will become increasingly chaotic. There is more sinister malice in massive contraception than at first meets the eye. The ban on contraception is the solid and indispensable pillar on which family life balances itself. Family life, in turn, is the matrix for civilizing the next generation. The willful promotion of contraception is a crime of treason against the commonwealth. Natural Family Planning is nature’s way and God’s way to heal families and nations. The Jubilee Year 2000 is an appropriate time to inaugurate the transit from contraception to NFP.

It was only a few decades ago, in the 1960s, that contraceptive drugs and gadgetry became Big Business. The bomb that exploded the dam against contraception was the Pill. Once the Pill became fashionable within marriage, it did not take long before recreational sex (before marriage and outside of marriage) began to soften the solid social structure of marriage and family life.

Our population level is not necessarily bad in and of itself. Rather, it just amplifies the good or evil that is already in place.