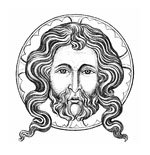 By Paul Kokoski | November 2009
Paul Kokoski holds a B.A. in philosophy from McMaster University in Hamilton, Ontario. His articles have been published in several Catholic journals, including Homiletic & Pastoral Review, Catholic Insight, and Challenge Magazine.

God put us in the world to know, to love, and to serve Him, and so to come to Paradise. St. Matthew’s narrative of the Sermon on the Mount and St. Mark’s apostolic catechesis of discipleship describe the two contiguous paths to the Kingdom of Heaven.

Mark 8:27-38 tells us that there are two stages to Christian discipleship. The first stage consists of professing that Jesus is the Messiah, the Christ, the Son of God. The second and more radical stage includes accepting and embracing the destiny of Jesus as one’s own: the way of the cross. Merely acknowledging one’s belief in Christ — as St. Peter did when asked by Jesus, “Who do you say that I am?” (Mk. 8:29) — is not enough. True Christians are called to demonstrate their commitment to Christ by following Him in a way that affects every dimension of their lives — by living in accordance with His teachings and accepting the cross.

This comes only with great difficulty. Peter, when put to the real test, denied even knowing Jesus. In the Garden of Gethsemane, Jesus’ disciples ran away. All but one were no-shows at the crucifixion. Even the disciples’ initial reaction to the Resurrection was one of bewilderment and fear (Mk. 16:8). How many times do we run away in fear when put to the test?

Jesus tells us that we need not be afraid. God is always on the side of suffering. His omnipotence is manifested precisely in the fact that He freely accepted suffering. He could have chosen not to do so. He could have chosen to demonstrate His omnipotence even at the moment of His Crucifixion when He was taunted by the chief priests and the scribes. But He did not. Indeed, if the agony on the cross had not happened, the truth that God is love would have been unfounded for, as Pope John Paul II said, “God is love and precisely for this he gave His Son, to reveal Himself completely as love. Christ is the one who ‘loved…to the end’ (Jn. 13:1).” The Man of Suffering is in fact the revelation of the love that “endures all things.” Christ crucified is thus synonymous with discipleship and the way of the cross.

A Plea to the Clergy from the Pews

An Apology for the Crucifixion?

Why haven't we heard any apology for the Crucifixion from world Judaism?

Review of Priestblock 25487: A Memoir of Dachau... Vatican II: A Sociological Analysis of Religious Change... Embryo Culture: Making Babies in the Twenty-First Century