Volume > Issue > Christians at the End of the Pax Americana 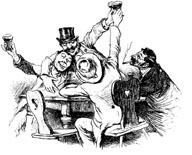 Christians at the End of the Pax Americana

FROM A WARFARE STATE TO A WELFARE STATE

By Robert McTeigue | September 2022
Fr. Robert McTeigue, S.J., is a member of the U.S. Eastern Province of the Society of Jesus. He is the producer and host of The Catholic Current, a radio talk show that airs on the Station of the Cross Catholic Media Network, and he is on the National Ethics Committee of the Catholic Medical Association. His latest books from Ignatius Press are Real Philosophy for Real People: Tools for Truthful Living (2020) and Christendom Lost and Found: Meditations for a Post Post-Christian Era (2022).

“The king is dead! Long live the king!” These words have been used in both history and literature as a powerful means of reassurance. The populace is reassured that even in the face of crisis represented by the death of a king, there is an orderly transition of power: one king follows another, without interruption. (Whether the populace should find such an announcement reassuring is another question.) In neither history nor literature can I find this declaration: “The empire is dead! Long live the empire!” Why this lack, this lacuna, even though empires rise and fall and are succeeded by other empires in their turn? This question is on my mind as I watch in real time what I believe is the accelerating decline and impending demise of the American empire.

The only thing America “makes” a lot of these days is debt. It seems her most significant export is the dollar as the world’s reserve currency. That privileged position is made possible in significant part by the American military (a claim I will review and justify below). Once that collapses — and it will because it must — how will the beneficiaries of the welfare/warfare state survive? (Hint: Not by wearing T-shirts with clever slogans or posting snarky memes.)

With the welfare/warfare state, one faces the chicken-egg conundrum: which came first? They are both features of empires, especially in the latter stages of an empire’s lifecycle. Each element is necessary to pay for and justify the other. An empire needs the pacification the welfare state brings. Peoples pacified are less inclined to be restive and more inclined to be productive — up to a point. A study of history shows that the fate of empires is to move past that point of equilibrium.

A populace disinclined to be restive can be counted on for the good order and predictability needed for the conduct of commerce. Commerce (ideally, ever-expanding commerce) is, of course, indispensable for paying for the warfare state (about which more in a moment). The danger of the pacifying work of the welfare state is that, over time, what was once considered a benefit eventually becomes perceived as an entitlement. We can see this dynamic at work in the program of “bread and circuses” provided to the plebeians by the rulers of the ancient Roman Empire. As with any addiction, more and more is required, with less and less resulting satisfaction. Prolonged pacification leads to a decrease in aspiration, even as there is a corresponding increase in demand. As the pacified populace moves from an emphasis on production to an emphasis on consumption, there will be a decrease in the generation of the revenue needed to finance the warfare state that is necessary to ensure the peace needed for the security of the welfare state. The consequences of the loss of revenue are both delayed and exacerbated by increases in taxation, inflation, and debt — a toxic and always fatal combination.