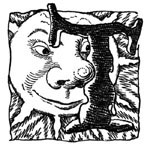 To me, the scientific evidence that we observe in the universe, the intricacies of life with all of its implications of intelligent design, the orderliness of the physical universe…all of these point to a designer, not to an accidental happening.

After nearly a 30-year hiatus that began with the final Apollo mission to the moon in December of 1972, the human effort to colonize our solar system has finally resumed. On November 2, 2000, after what seemed like an endless series of construction delays, the International Space Station — a $60 billion joint project of the U.S., Russia, Canada, Japan, and the 10 members of the European Space Agency — became operational with the arrival of its first long-term residents under the command of American Navy astronaut William M. Shepherd.

By the time of its scheduled completion in 2006, the Space Station will cover an area larger than a football field, weigh more than one million pounds, and will be ready to serve as a jumping-off point for colonizing missions to Mars, the moons of Jupiter, and beyond. “We’re going to be in space forever,” observed NASA Administrator Daniel Goldin on the day Commander Shepherd and his crew blasted off to the Space Station. “[We’ll have] people who are circling this globe and then we’re going on to Mars, back to the moon and with bases on asteroids.” Unlike the Mercury, Soyuz, and Gemini missions of an earlier era, which sought merely to have astronauts reach some distant goal and make their way home safely, the International Space Station is the first of many planned initiatives aimed at something far more significant — a permanent and expanding human presence on worlds beyond Earth.

This dawning era of extraterrestrial colonization has profound implications for organized religion and the spiritual orientation of popular culture. It matters not that the world’s space programs are largely secular efforts, funded by governments with religious attitudes ranging from indifferent to downright hostile. Nor does it matter that organized religion has played little role in the advancement of astronomy since the 17th century. For while the institutional mechanisms financing humanity’s move into the solar system may have no formal religious affiliation, the intellectual idea which is today guiding space programs worldwide — an idea which over the last decade has taken discussions of interplanetary migration out of the pages of science fiction and into the offices of serious aerospace engineers — represents nothing less than a turning point in the centuries-long estrangement of scientific understanding from religious teaching.