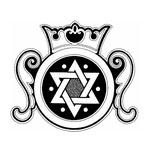 Stephen Sizer is the Vicar of Christ Church (presumably evangelical Anglican) in Surrey, England. In his book Christian Zionism: Road-map to Armageddon? (InterVarsity Press; 800-843-7225), he states in his Preface: “The seeds of this book were sown thirty years ago when, as a young Christian, I remember devouring Hal Lindsey’s best-selling book, The Late Great Planet Earth…. The Jews, the ‘chosen people,’ had been brought back to their promised land in 1948…. The prophetic signs were being fulfilled on the front pages of our newspapers. The world seemed to be rushing towards a cataclysmic end in the great battle of Armageddon.” Over those thirty years, Sizer has changed his mind.

Christian Zionists believe that Christians will be raptured into Heaven prior to Armageddon; and they believe in a literal 1,000-year reign of Christ on earth. In order to accomplish the rapture, they believe that present-day Israel must be supported unconditionally. They believe that Israel may make territorial claims from the Nile to the Euphrates rivers — even at the expense of the U.S. — because then Armageddon, the final, earth-ending battle between good and evil, will occur. Christian Zionist Benny Hinn said on NBC’s Dateline in March 2005 that “This is not a war between Jews and Arabs. It is a war between God and the Devil.”

The Antichrist in Political Philosophy

“The end comes, so to speak, unannounced: the downfall takes place just as the power…

Evil spirits, often in a very subtle manner, have been far more clever and more destructive of sound spiritual thinking than generally supposed.