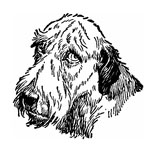 Readers of this column will perhaps recall that exactly a year ago I followed the tortuous path of influential German priest and psychotherapist Eugen Drewermann’s theological meanderings (“Eugen Drewermann’s Trivialization of Theology,” Oct. 1992). The present column demonstrates that I am capable of firing the other barrel of the shot­gun at the same target, given sufficient incentive.

The incentive? The recent publication, in French translation, by the distinguished house of Les Editions du Cerf, Paris, of Drewermann’s essay arguing for the immortality of animals. Although only some 37 pages long (but made into a respect­able paperback by the addition of a long preface by novelist Luise Rinser and an equally long theologi­cal postface), the essay offers valuable insight into how modernist theologians jettison any serious belief in special revelation and set themselves up as arbiters of truth.

Drewermann commences with a broadside against the traditional biblical and theological view of animals, which, he says, regards man as “infi­nitely distinct from other creatures and in a privi­leged position over against all other living beings.” According to Drewermann, at least three consider­ations militate against retaining such a position: (1) Environmentalism today focuses upon popula­tion and birth control. But the traditional Chris­tian position must seek maximum human births, since only humans are fit for eternity. This means irresponsible reproduction among Christians and a lack of concern for the problems and suffering of animals. (2) The worsening global economy pushes us to use animals as means to our ends (forced feed­ing, industrial breeding, experimentation, etc.), and the Christian will justify all this by the idea that animals exist only to serve human ends. (3) Scien­tific evolution has permanently destroyed the no­tion that man is a unique creation of God. Chris­tianity cannot honestly look into either the micro­scope or the telescope; what they reveal leads to “the complete refutation of Christian anthropocen­trism.” Moreover, why do we assume that evolution has ceased with man as the supposed pinnacle of creation? Better the view of Konrad Lorenz: “The missing link between ape and the true human be­ing is ourselves.” Instead of justifying our unique­ness and immortality by virtue of Christ’s incarna­tion and resurrection as one of us, we should con­sider the representation of Vishnu, the second per­son of the Hindu trinity, who never ceases to re­turn to earth, at each stage of life’s development, to be manifested in ever new forms.

But what justifies Drewermann’s belief in the immortality of animals? First, he offers a philosophical argument. Kant, it will be remembered, reasoned that even though there could be no formal proof of eternity or the human soul, they had to be presupposed as a foundation for morals. But animals also exhort us to justice, moderation, and ethical values. Ergo, we should presuppose their immortality.

The American public has greeted the ascent of Barack Obama with quasi-religious zeal, as exemplified in his 2008 campaign slogan, "Faith, Hope, Obama."