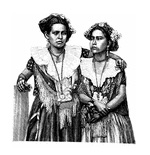 By Gail Besse | July-August 2010
Gail Besse taught in public and parochial schools for eighteen years. She has worked as a reporter, editor, and bureau chief for Massachusetts daily newspapers, and is currently a freelance writer.

One day after he rescinded the school admission of a boy being raised by two lesbians, Fr. James Rafferty heard from the Associated Press. The women had called the AP claiming discrimination. Forty-eight hours later, television satellite trucks and news crews converged on St. Paul’s Church and Elementary School. Helicopters circled the small town square in Hingham, Massachusetts.

Global publicity enveloped the Archdiocese of Boston, the pastor, and the beleaguered parish, whose parishioners Fr. Rafferty had ministered to for sixteen years as the sex-abuse scandal unraveled, exposing the guilt of four of its former priests, including the infamous John J. Geoghan, who in 2003 was murdered in prison.

The “gay-parent” controversy that hit in May stemmed in part from the particular individuals involved. The women were less than truthful, and key archdiocesan players castigated the pastor in the press days before Sean Cardinal O’Malley finally rose to his defense. Still, the general factors at play here will continue to challenge other Catholic schools. Should they admit children being raised by practicing homosexuals? As it stands, some do and some don’t.

In any case, it would seem reasonable that at least the following four issues should be considered: Church teaching on homosexuality, a school’s mission as defined by the Magisterium, the role of parents as partners in faith, and the consequences of accepting same-sex couples as part of the school community.

Apparently, none of these issues was raised publicly by Boston archdiocesan spokesmen during the first week Fr. Rafferty was pilloried in the media — and sadly by many Catholics — as “punishing the child for having gay parents.”

A See of the Second-Rate

The norm among the men who wear miters — men who are supposed to possess powers of discernment — appears to be gaffes, ill judgment, and an apparent blindness to reason.

A Catholic Alternative to Decadent Colleges