Volume > Issue > An Exclusive Interview with Karl A. Schultz On the Canonization of Pope Paul VI 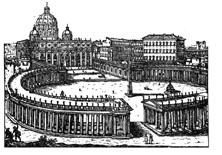 An Exclusive Interview with Karl A. Schultz On the Canonization of Pope Paul VI

Karl A. Schultz is one of the foremost experts on the papacy of Giovanni Montini (Paul VI). Mr. Schultz has been studying his subject for over 25 years, during which time he has done research at the Paul VI Institute in Brescia, Italy, and corresponded with Paul VI’s personal secretary, Archbishop Pasquale Macchi. Mr. Schultz is the author of several books, including Pope Paul VI: Christian Virtues and Values (Crossroad Publishing Company), Prophet and Pilgrim of Peace: 99 Sayings by St. Paul VI (New City Press), and Pope St. Paul VI: A Pictorial Retrospective (TAN Books). He recently discussed Paul VI’s canonization with the NOR.

NOR: Tell us a little bit about the background of Paul VI’s canonization.

Schultz: The long and dynamic reign of St. John Paul II overshadowed that of his two immediate predecessors, but appreciation of Paul VI’s place in the history of the Church has grown significantly over the years. Paul VI was arguably the most influential — and assailed — Catholic of the 20th century. His impact on the Church was unparalleled, in part due to the time in which he led the Church. The initiatives he undertook, the insightful and prophetic teachings he published and proclaimed, and the way he helped shape the post-conciliar landscape give us legitimate reason to regard him as the father of the modern Church.

The Church bears Paul’s imprint also through the ongoing influence he has exercised over his successors. Both Benedict XVI and Francis have a deep admiration for Paul VI and have explicitly echoed and built on his teachings. St. John Paul II interacted extensively with Paul VI while he was bishop and later cardinal of Krakow, and he developed a deep admiration of him. John Paul II once said of his predecessor, “I was constantly amazed at his profound wisdom and his courage and also by his constancy and patience in the difficult post-conciliar period of his pontificate. As helmsman of the Church, the bark of Peter, he knew how to preserve a providential tranquility and balance in even the most critical moments, when the Church seemed to be shaken from within, and he always maintained unhesitating hope in the Church’s solidity…. The gigantic figure [la gura gigantesca] of this great pope taught us — at a difficult period in the life of the Church and through a daily martyrdom of worry and work — what it really means to love and serve Christ and souls.”

NOR: What can you tell us about Paul’s “heroic virtue,” a quality necessary for one to be declared a saint?

Schultz: Paul published a number of superb documents that continue to influence the Church — Ecclesiam Suam, Populorum Progressio, Credo of the People of God, Humanae Vitae, Octogesima Adveniens, Marialis Cultus, Gaudete in Domini, and Evangelii Nuntiandi — and he showed masterful skill in plotting a middle path for the Church during tumultuous times. He undertook numerous initiatives that proved highly beneficial for the Church. This makes him a good, arguably great, Pope, but it is not the core reason for his canonization.

His saintliness consists primarily of his practice of the theological virtues — faith, hope, and charity — and above all his emulation of his namesake, St. Paul, in his imitation of Christ. Paul VI’s ministry was frequently a participation in the passion of Christ. John Paul II once remarked that Paul VI “had his cross, bore ‘insults’ and was ‘spat upon.’” And it is the way he responded to this that reveals most clearly his heroic virtue.

In essence, Paul fulfilled the Petrine ministry of safeguarding the sacred deposit of faith and strengthening the brethren, and thus he honored his vocation, which is essentially what sanctity is: fulfilling the role God has for you to the best of your ability, and doing His will. As the saints (e.g., Thérèse of Lisieux) testify and exemplify, the essence of holiness is conceptually simple: seeking, accepting, and carrying out God’s will in a humble manner.

In the end, however, I leave it to the Church to ultimately decide on his heroic virtue. The canonization process is rigorous and balanced, and many sincere and devoted people take part in it. I’ll defer to their and, ultimately, the Church’s judgment because God has graciously granted her those powers.

Recent petitions by German, Austrian, and French Catholics have demanded that the Church reconsider her…

The Sovietization of American Women

The idea of nature as something to which we ought to conform ourselves allows for benign mystery as opposed to malign mastery.