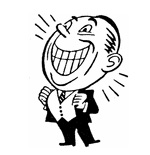 Former baseball manager Leo Durocher is quoted as having said that “nice guys finish last.” Growing up during the 1950s this is what many of us believed. In places like Eastern Europe, the Soviet Union, and communist China, people of faith were either second-class citizens or behind bars. We knew from Bible study what had become of John the Baptist. In school we learned about the fate of Socrates. Robert Bolt’s play A Man for All Seasons opened on Broadway in 1961 and folks were talking about St. Thomas More, the man who followed his conscience all the way to the scaffold. History seemed to confirm what we gathered from experience — namely, that goodness arouses jealousy, and to be different is to be shunned.

One could argue, of course, that Socrates, John the Baptist, and Thomas More succeeded brilliantly even in worldly terms. The man who mentored Plato has gone down in history as one of the world’s greatest teachers. As for John, all of Judea flocked to hear him (Mt. 3:5), and More rose to the highest office of the land. For men who lost their heads, they did remarkably well! But casuistry aside, the question remains: Given a political climate that is tolerant of religion and allows a level playing field, will men who are God-fearing triumph over those who aren’t?

Nowadays, all eyes are on a man whose record suggests that the answer to our question is an unqualified yes. Tim Tebow, one of professional football’s most exciting — and controversial — players in recent memory, was called upon to start at quarterback for a struggling Denver Broncos team midway through last season. A run-first passer with an unorthodox delivery, he responded with five thrilling come-from-behind victories, propelling the Broncos to their first playoff appearance in six years. There Tebow led his team to another dramatic come-from-behind win, upsetting the heavily favored Pittsburgh Steelers with a touchdown drive in overtime. The Broncos bowed out of the playoff race the following week. For his heroics, Tebow was traded during the offseason to the New York Jets, where he languishes on the bench as a backup. This despite his evident will to win and his ability to raise the level of play of those around him. These qualities were on display throughout his stellar, record-breaking career on the gridiron at the University of Florida, where he won the Heisman Trophy, the award for the top college player, as a sophomore (the first and only sophomore ever to be so honored). By the time he graduated, Tebow had played out one of his games with a broken leg, and his team, the Gators, ranked first in the nation, having won their second national championship during his time there.

Tim Tebow is a big man at 6’3″ and 230 pounds, but more impressive than his physique is what he believes — and this is what makes him so controversial. In collegiate competition he often displayed Bible verses on his eye black. When “John 3:16” appeared beneath his eyes during the national championship game in his senior year, who knows how many of the forty-seven million viewers cracked open their Bibles to read that “God sent His only Son into the world so that those who believe in him might have life everlasting”? One thing is certain: the phrase became the highest ranking search term on Google over the next twenty-four hours. The NCAA, college football’s governing body, has since banned the displaying of messages on players’ eye black in what has become known colloquially as “the Tebow rule.” Unafraid to express his devotion to the Lord before watching eyes, Tebow has gone down to one knee to give praise to the Almighty on the sidelines so many times that the practice has become known as “Tebowing,” spurring copycats to post photos of themselves on the Internet doing the same thing in all kinds of locations.

Just settling the question of “presider” or “priest” could spark resolution of a host of issues — authority, salvation, and more.

Hollywood's standard view of sexuality frequently works against a film’s best intentions. Is all the bed-hopping supposed to have any real significance?

The Church Fathers argue that the only justification for holding private property, beyond meeting one’s personal necessi­ties, is to give it away!