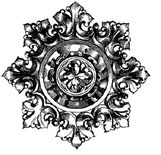 THE INDISPENSABLE ROLE OF APOLOGETICS

By Thomas Storck | November 2002
Thomas Storck is a Contributing Editor of the NOR and author, most recently, of Christendom and the West: Essays on Culture, Society, and History.

More than once have I criticized in print C.S. Lewis’s concept of “mere Christianity,” most recently in the July-August 2001 NOR. So I would not blame anyone if he thought that I had an antipathy toward Lewis and considered him to be of little worth. But in fact the opposite is the case. Lewis, despite the false standard of orthodoxy inherent in “mere Christianity,” is a valuable Christian writer, one from whom I have profited in the past and continue to profit. So without retracting anything I have said in my criticisms of the idea of “mere Christianity,” I would like to say some good things about Lewis and about his value as a writer for us today.

First some personal history. As I related in the story of my conversion (NOR, March 1998), during the time when I was working first, toward belief in God, and secondly, toward belief in the Incarnation, I was reading Lewis quite a bit and learning from him. I remember that what caused me, an atheist at the time, to start reading him in the first place was that I knew that as an intellectual and a scholar he was also a Christian, and I thought that if he could accept Christianity, perhaps I ought to look into it myself.

The first book of his I read was The Screwtape Letters. And there, on the very first page, one meets with the notion, simple yet in this age often ignored, of the objectivity of truth, and thus of the objective truth of Christianity, as something existing no matter what we might think, and moreover as able to be defended by argument. And presupposed by all this was Lewis’s respect for reason, a respect which he inculcates in nearly everything he wrote. It shines through in this very first paragraph of Screwtape,

I [Screwtape] note what you say about guiding your patient’s reading and taking care that he sees a good deal of his materialist friend. But are you not being a trifle naïf? It sounds as if you supposed that argument was the way to keep him out of the Enemy’s clutches. That might have been so if he had lived a few centuries earlier. At that time the humans still knew pretty well when a thing was proved and when it was not; and if it was proved they really believed it. They still connected thinking with doing and were prepared to alter their way of life as the result of a chain of reasoning. But what with the weekly press and other such weapons, we have largely altered that. Your man has been accustomed, ever since he was a boy, to have a dozen incompatible philosophies dancing about together inside his head. He doesn’t think of doctrines as primarily “true” or “false,” but as “academic” or “practical,” “outworn” or “contemporary,” “conventional” or “ruthless.” Jargon, not argument, is your best ally in keeping him from the Church.

The Mystery of Goodness in Children's Literature

Through good stories, children come into contact with the incredible power and infinite possibilities of goodness.

Williams, an influential British theologian and accomplished man of letters, was best known as a principal member of the Inklings.