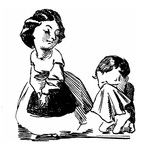 Few authors are fortunate enough to see the topic of their work the stuff of headlines; fewer still can watch high authorities scramble to act upon their topic. In Goodbye, Good Men, Michael Rose takes on what he sees as the anti-traditional animus and immoral practices corrupting many Catholic seminaries in the U.S., effectively barring “good men” from their vocation, and thus creating an artificial shortage of priests.

Seven of his chapters describe the techniques used by vocations directors, seminary staff, and professors to discover and discourage or dump “excessively” orthodox candidates or seminarians. Rose also uncovers entrenched “gay” subcultures, documents false teachings in curricula, and exposes moral climates that corrupt young men. Rose then details how some men have overcome these obstacles, and how certain bishops are aware of the problems but do little, some even acclaiming the supposed shortage as a good thing. Rose concludes with a sketch of the characteristics of a good priest and how some seminaries still provide sound formation. And therein he reveals his overall remedy to the Church’s distressed vocations situation: “orthodoxy begets vocations.”

Rose’s interviews reveal the unsettling experiences of rejected candidates and former seminarians, as well as their personal anguish. This makes for both fascinating and difficult reading because of the stark contrast between what we presume to be spiritual environments and what Rose claims they too often are. By page 22 this reader found the tales of the profaning of seminaries, dioceses, orders, and candidates enough to induce a nausea of the spirit over the present state of the Church.

Just how plausible is Rose’s thesis? His book is not an assemblage of vague rumors. While in certain cases he does protect identities with pseudonyms, Rose does name names, times, and places, and provides details of many incidents.

The many rejected candidates and former seminarians he speaks with, as interested and injured parties, may not be impartial judges as to why they were treated as they were. Nevertheless, these are eyewitness accounts, and the incidents described are specific enough — and common enough — to invite verification by others.

Still, many will initially react with disbelief. What Rose describes is astounding on its face. One would think our bishops could not possibly be so ignorant or corrupt that they failed to detect and curb serious disorders within their seminaries. Indeed, it would not be unreasonable to summarily dismiss such stories as lurid gossip or wholesale exaggeration. But that would be before the recent revelations about the repeated reassignment of sexually immoral priests by bishops. When one considers that, in cases of serious misconduct by clergy, so many of our bishops claimed not to know, or perhaps just didn’t care, the reports of Rose’s interviewees and his own conclusions are entirely believable.

To what extent is the vocations scandal as described in Goodbye, Good Men related to the sex abuse scandal? A relationship between morally relativistic seminary formation and later predatory conduct is certainly plausible. The Vatican apparently believes there is a sufficiently strong connection and, as announced at the Cardinals’ meeting in Rome, has launched another investigation of American seminaries. In the U.S. bishops’ recently adopted “Charter for the Protection of Children and Young People,” Article 17 reads, “Unlike the previous visitation, these new visits will focus on the question of human formation for celibate chastity….” It appears that many bishops have concluded that there is substance to Rose’s case.

Goodbye, Good Men establishes that something is seriously wrong in many seminaries today. The evidence is there for those with eyes to see it. With the publication of this single book, the burden of argument about failures in priestly formation has shifted to our bishops.

Price: No price given

In this work Joseph Pearce (a biographer of Chesterton, Solzhenitsyn, Tolkien, and others) attempts a new look at E.F. Schumacher’s 1973 classic, Small is Beautiful. Schumacher’s book, which bore the subtitle Economics as if People Mattered, was an indictment of the modern West’s infatuation with growth for the sake of growth, and Pearce is equally denunciatory of the foolishness of economic and technological practices that treat the natural world as something expendable, as valuable only insofar as it yields ever larger profits, especially for big corporations. Such chapter titles as “Malignant Growth,” “Expand and Die,” and “The Cost of Free Trade” give a sense of Pearce’s aim. But he also includes accounts of economic enterprises that are respectful of both man and his natural environment, describing the revival of small breweries in England, the workings of a co-operative shoe factory, and the small but growing movement against genetically modified food.

Pearce is critical of both unfettered market forces and large bureaucracies such as the European Union. He is particularly good in his treatment of the (then) European Economic Community’s 1968 Common Agricultural Policy, a technocratic plan that considered small farmers as nuisances, benighted folk who stood in the way of the scientific agriculture of the future. Although in 1994 the European Union “was forced to admit that the Plan had ‘proved too radical to be politically acceptable,'” nevertheless the destruction of family farms and the degradation of farmland through over-farming, have continued apace in Europe, thanks to EU policies.

Despite some vague observations about life that seem based more on Buddhism than Catholicism (Pearce is Catholic), this is a valuable book in that it brings together in one place much information about the deleterious effects of the free market on man and the natural world. It is a needed updating of Schumacher (a convert to Catholicism), and for those who have never read him a much-needed introduction to an aspect of Catholic and human wisdom that is too often overlooked.

If Christ is so precious, perfect, loving, and wonderful, then what can be said of Mary of whom He is the fruit?

Letter to the Editor: February 2000

The Institutional Church and the Church Militant... The Tongue Wins Hands Down... Thou Shalt Not Criticize

Where constant mobility is the norm, where is home? When mothers do not welcome their children home from school, where do children belong?