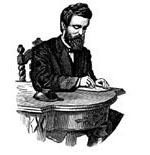 God Owes Us Nothing: A Brief Remark on Pascal's Religion and on the Spirit of Jansenism

This book is divided into two related parts: “Why Did the Catholic Church Condemn the Teaching of St. Augustine?” and “Pascal’s Sad Religion.” It is a reflection upon the struggle between “Jansenists” and their opponents (notably the Jesuits) in France. The contest was overt and intense between 1640 (the posthumous publication of Augustinus by the Bishop of Ypres, Cornelius Jansenius) and 1713 (the definitive condemnation of 101 Jansenist propositions by the papal bull Unigenitus). That was by no means the end of the affair. In France the co-operation of the Crown, the Jesuits, and the papacy in suppressing Jansenist theology was to induce among those sections of the aristocratic elite attracted to Jansenist opinions a disaffection from all three of those institutions, which in turn was to contribute to the cultural background of the French Revolution.

In the Netherlands the Jansenist controversy and the presence of refugee French Jansenist clergy played a role in the “Utrecht Schism” in the 1720s — a schism which, persisting in some obscurity for the subsequent 150 years, led in the aftermath of the First Vatican Council in the 1870s to the emergence, among those who rejected the definition of papal infallibility, of the Old Catholic communion of churches known as the Union of Utrecht (chiefly represented in the U.S. by the Polish National Catholic Church).

Kolakowski’s concerns are not with the subsequent effects of the controversy, but with its philosophical and cultural implications. Who, then, were the Jansenists? If their name evokes any recognition at all today, it is as an austere sect of “Catholic Calvinists” practicing a severely self-denying moral code together with a high standard of introspection and self-examination, attacking (notably in Pascal’s Provincial Letters) Jesuit casuistry and allegedly lax confessional practices, and criticizing severely the Jesuit-encouraged practice of frequent Communion. This picture, although a caricature, is not inaccurate. The Jansenists (the Abbé Saint-Cyran, Antoine Arnauld, Pierre Nicole, Pasquier Quesnel, Blaise Pascal, and those associated with the monastery of Port-Royab| like Bishop Jansenius himself, regarded themselves as faithful followers of St. Augustine of Hippo (354-430), whose teaching, particularly as regards the theology of grace and salvation, they regarded as, quite simply, the Catholic Faith. As Kolakowski writes, “There is no doubt that the entire heretical doctrine of Jansenism is faultlessly derived from Augustine’s theology.” (All the magisterial Protestant reformers, and especially John Calvin, professed to be no less faithful to St. Augustine; hence the gibe of “Catholic Calvinists.”)

Why were the Jesuits the pre-eminent foes of the Jansenists? In 1588 Fr. Luis de Molina, S.J., had published a treatise strongly asserting the congruity of human free will with divine grace and providence. Molina’s views became the foundation of Jesuit pastoral practice, but to other schools of Catholics (Dominican followers of St. Thomas Aquinas as well as Augustinians) they represented a revival of the ancient Pelagian or, more accurately, semi-Pelagian heresies that St. Augustine had strongly opposed in his latter years.

Just as Protestant (and especially Calvinist) polemicists characterized Catholicism as a whole as having fallen into Pelagianism or semi-Pelagianism, so Jansenists (and others) branded the Jesuits in the same terms, while Jesuits hurled back at Jansenists the accusation of Calvinism. “Good arguments may be advanced to show that both sides were right in their accusations,” Kolakowski writes. “Jansenists were on firm ground in saying that they were faithful to the Augustinian teaching, and quite justified in scenting Pelagian errors in the Jesuit theology. The Jesuits were no less right in demonstrating the fundamental conformity of Jansenist tenets with Calvin’s theory of predestination. This amounts to saying that Calvin was, on this point, a good Augustinian and that, by condemning Jansenius, the Church was in effect condemning — without, of course, stating it explicitly — Augustine himself, its own greatest theological authority.”

There is a degree of exaggeration here, though Kolakowski makes it clear that the Jansenists were not “crypto-Calvinists” in the full sense; on all of the issues in dispute between Catholics and Protestants generally — the Eucharist, the priesthood, the cult of the saints, and the Theotokos, to name only a few — “they were emphatically, unequivocally Roman.”

To further offset the exaggeration, let me add the following: Adolf von Harnack described the Reformation, in a striking aphorism, as a revolt of Augustinian soteriology against Augustinian ecclesiology. If, in the course of the Jansenist controversy, the Catholic Church repudiated St. Augustine’s final, strongly predestinarian theology of nature, grace, and salvation, she was condemning those aspects of his thought most strongly at odds with the thinking of most other Church Fathers of his own age (not to mention his own earlier opinions), such as St. Athanasius the Great and St. John Chrysostom in the East, and St. Hilary of Poitiers and St. John Cassian in the West. The debatable aspects of his soteriology, moreover, were less central than his ecclesiology to the esteem in which he was held by his Catholic contemporaries.

Among the Latin Church Fathers, St. Augustine was the pre-eminent figure; among the Greeks, no single Church Father ever achieved such individual stature; and whenever Eastern Orthodox thinkers have grappled with him they have had lively exchanges among themselves over whether to reckon him in their fold. For many centuries the Catholic Church has been a largely Latin Catholic Church, but never exclusively, and now that Pope John Paul II has been at such pains to stress the urgent necessity of a reconciliation between Rome and the Orthodox churches so that the Church can once again “breathe with both lungs,” we may well regard “Augustinianism,” which long asserted its claim to constitute the entire theological patrimony of the Church, as an impoverishment and as a sad aspect of the long estrangement between the Latin West and the Byzantine East.

Despite my reservations about the book, it is a lively discussion of a topic of ultimate importance and, in Pascal, a figure of endless interest.

Funerals in the Free Market

Mary was witnessing to her Catholic faith and was murdered — martyred — for it. The mainstream secular news media didn't touch the story.