Volume > Issue > ‘The Indies Over Here’

‘The Indies Over Here’ 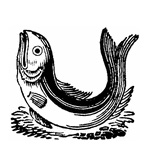 Between Salt Water and Holy Water: A History of Southern Italy

Christopher Beiting is Associate Professor of History and Interim Dean of Students at Holy Cross College in South Bend, Indiana.

Let me begin with two caveats (and I will conclude this review with a third). In the first place, this work is not exactly a popular history, no matter how it may be advertised as such. Tommaso Astarita is a professor and has written an academic work. He wears his learning lightly and is a good author — he has eschewed footnotes, for example, and has put his documentation in appendices. The end result is quite readable for the educated layman, who is presumably its audience; casual readers and academic readers will likely find the work a little frustrating, either too formal or too casual. A second and more serious caveat concerns the focus of the book — though it is billed as “a history of southern Italy,” the main coverage is of the area around Naples, with the rest of southern Italy, particularly Sicily, receiving short shrift by comparison.

Southern Italy’s origins are extremely diverse, and the story of the region is the story of the fusion of Greek colonies with Romano-Italic leadership, with a little bit of Carthaginian influence thrown in for good measure. Add to this mixture Christianity, in both its Latin and Greek flavors, mix in a little Islam (which made inroads into these lands in the ninth century), and you have a formula for a diverse society. It is small wonder that these areas were so tempting for Norman freebooters in the 11th century, who conquered them, adding a Scandinavian and Norman element to the conglomerate. One major element of the medieval history of the region is the attempt on the part of Norman and other rulers to govern the place — no easy task! — and it is from their rule onward that the diversity of the place begins to be rolled back a little, in the name of order and organization. The medieval period would also witness the advent of feudalism to the lands, a social and cultural institution that would endure in one form or another well into the 19th century, far longer than in the rest of western Europe. Over time, struggles for independence would lead these lands to be dominated by the French and Spanish, with mixed results. Efforts at imposing uniformity, particularly on the part of Spanish viceroys, would characterize the late medieval and early modern eras, though the court around the city of Naples was able to make valuable contributions to the Italian Renaissance.

It is in the early modern era that Astarita’s work reaches its widest coverage — understandably, as it is Astarita’s specialty as a historian. Here, the reader is treated to a detailed look at some of the most conflicting aspects of southern Italian culture. On the one hand, the stereotype of southern Italy as “the Indies over here” flourished: a poor, backward, fractious land as much in need of catechesis as the pagans of the New World (the author notes that many of the decrees of the Council of Trent did not begin to be implemented here until the 19th century). On the other hand, the reality of southern Italy as a place of strong, often superstitious, lay piety also emerges, with its mystics, patron saints, devotion to the souls in Purgatory, and cults of relics (an echo of which can still be witnessed by New Yorkers in Little Italy every year, in the spectacle surrounding the liquification of the blood of St. Gennaro). If the baroque era in Europe can be defined as a time of exuberance and excess, southern Italy is a fine example. And not just religiously, either: some of the region’s finest architecture dates from this period, and some of the best Italian baroque artists came from this region, though many, like the poet Tasso and the musician Basile, would attain their fame elsewhere. Astarita does not leave out other cultural matters, and his grand sweep goes from a careful look at the role and power of guilds in the region to the fact that the area pioneered two important foodstuffs: long noodles known as maccheroni, and the use of the tomato in cooking, which would eventually be combined with wonderful results.

The history of the region from the early modern era to the present continues a study in contrasts. Southern Italy remained materially poor and comparatively backward relative to the rest of western Europe. Enlightenment-era thinkers saw the place as a fine venue for their reformist ideals. The fact that famed Neapolitan reformer Gaetano Filan­gieri is all but unknown today, and that the famed writer Giam­battista Vico was all but ignored then, should demonstrate how little success the Enlightenment had on, well, “enlightening” the region. Even royal efforts at reform usually met with little success. The only effective changes made during this era were those imposed by force, during the Napoleonic occupation of Italy, and even then many of these improvements were repudiated after the Congress of Vienna and the restoration of the Bourbon monarchy.

In contrast, southern Italy proved to be popular with European artists and romantics of all stripes, and a trip to southern Italy became a de rigueur feature of any Grand Tour of the Continent. Tourists praised the region for its scenic, classical-era ruins, and southern Italians were looked upon not as being “backward” but as being “authentic” and “closer to nature,” with their theatrical emotionality a sign of their openness. Such sentiments — stereotypes, really — fell out of fashion in Europe-at-large when the Romantic movement ran out of steam, and southern Italy went back to being regarded as a corrupt, poor backwater and a problem to be solved, particularly after Italian Unification. “Europe ends in Naples, and it ends there rather badly. Calabria, Sicily, all the rest, that’s Africa.” So quipped one anonymous 19th-century French tourist. To some extent, this attitude still prevails.

Post-Unification southern Italy has contributed a number of developments to the world stage, especially because one of the factors relieving the chronic poverty of the area has been emigration, to the U.S. in particular. Thus, southern Italy has gifted the world with one of mankind’s most perfect foodstuffs (pizza), as well as a very rich musical tradition (opera). The post-World War II era has seen unprecedented prosperity come to the region. However, it still lags behind the rest of Italy and Europe with regard to development, and not for nothing is it still the home of one of the world’s oldest and most extensive forms of organized crime, the mafia.

All taken, Between Salt Water and Holy Water is not a bad book for what it does. But the reader should be aware that the author, who is Neapolitan by birth, is, like his subject, a study in contrasts. On the one hand, although he is Catholic, Astarita co-founded the Georgetown Gay and Lesbian Faculty Group, and was one of the faculty responsible for spearheading that school’s recent extension of full family benefits to the same-sex partners of faculty members. Given this background, it is not surprising that the usual liberal shibboleths creep stealthily into his otherwise generally good history: diversity and tolerance are good things, and attempts to reduce them are bad. Repression, censorship, and the Inquisition are very bad (though, in fairness, Astarita’s treatment of the Spanish, usually the villains in a work like this, is unusually evenhanded). Efforts such as those to introduce free trade into southern Italy are damaging, and people like the Italian Marxist Antonio Gramsci are victims of the fascist government. And so on.

The situation is all very nicely symbolized by events surrounding the graduation ceremonies at Georgetown in 2003. The commencement speaker was Francis Cardinal Arinze, and his commencement speech included an exhortation to graduates not to be seduced by materialism and the pursuit of material goods, but to make religion — a source of true joy — the center of their lives. He praised St. Ignatius Loyola and the Jesuit tradition that founded Georgetown, and gave an encomium on the importance of the family, along with a reminder that it is under threat by an anti-life mentality seen in contraception, euthanasia, pornography, homosexuality, and divorce. Astarita was one of the faculty members who publicly protested the Cardinal’s speech, claiming, on the record, that the Cardinal’s remarks were “wildly inappropriate” and “not suitable for [a] commencement ceremony,” maintaining that he “personally was rather offended,” claiming in particular that “the homosexuality comment was one part of a larger issue of divi­siveness,” and wishing that the speech could have been given as part of “a lecture where [there] would have been the possibility for rebuttal.”

If the stereotype of southern Italians as ungovernable, theatrically emotional, corrupt, and in need of continual catechesis persists, well, perhaps it is because there are cores of truth in every stereotype. Would that southern Italy — and her children — were Africa, or at least the kind of Africa Cardinal Arinze represents.

Education & the Ideology of Choice

Choice does not define us as human beings. That which distinguishes man from his fellow creatures is his having been called.