Volume > Issue > From the Grotesque to Love

From the Grotesque to Love 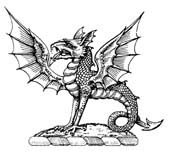 Anne Barbeau Gardiner, a Contributing Editor of the NOR, is Professor Emerita of English at John Jay College of the City University of New York. She has published on Dryden, Milton, and Swift, as well as on Catholics of the 17th century.

Susan Srigley mounts an able defense of Flannery O’Connor’s orthodoxy against critics who have argued that her use of the “grotesque” was more Manichean than Catholic — i.e., that she divided matter from spirit. On the contrary, Srigley replies in Flannery O’Connor’s Sacramental Art, the author used the grotesque to hold a mirror up to modern times. Those characters in her stories who lay claim to “absolute human autonomy” are the Manicheans. They are the ones who separate flesh from spirit and end up being grotesque, willfully blind, with no “common vision of the good.”

The first part of this book examines O’Connor’s essays and letters to show that she regarded human beings as profoundly interdependent, and that she embraced a “sacramental vision” of the visible world as filled with invisible mystery. She also saw the Incarnation as the mystery essential to her art. As Srigley explains, O’Connor’s writing reveals a contemplative in pursuit of hidden truths embodied in all the things we perceive. Her stories invite readers to visionary insight, to a sense of the mystery “incarnated in human life.”

One such mystery is sin. O’Connor laments that our culture denies sin and so rejects the need for a Savior. In her fiction, she opposes sin with the love that is “the ordering force of reality,” a love both transcendent and grounded in the objective fact of the “divine image” in others, even in those who have no discernible mental activity.

For O’Connor, the faculty of reason is far deeper than logic or cogitation. Following Aquinas and Maritain, she rejects that minimalist view of reason which our modern age inherits from Descartes and Locke. Reason, she insists, is “a spiritual faculty that seeks and responds to an order outside the mind.” The lack of such a reason leads us to lose our moral discernment and to reduce conscience to feelings about autonomy. This is truly grotesque.

Srigley examines Wise Blood in light of O’Connor’s “sacramental vision.” This novel has been called O’Connor’s “most grotesque work,” but Srigley demonstrates that it is Hazel Motes’s “self-constructed vision of autonomous reality,” his belief that he can “achieve wholeness exclusive of the divine,” that is grotesque. Motes is the epitome of the secularist who, in his refusal to love God and neighbor, cannot grasp what it means to be human. Motes can register only “physical objects and facts,” for he has lost all sense of the mystery of existence. Believing in nothing, he preaches a salvation from salvation, a “Holy Church of Christ without Christ.” He reduces truth to the merely human and preaches a Jesus of history who is “all man and ain’t got any God in him.” Surely Motes reflects the post-Christian autonomous individual when he preaches: “In yourself right now is all the place you’ve got,” and you are “clean” of sin, because there is no longer any “measure” of sin without Christ. From this “Christ without Christ,” Hazel Motes moves on to multi­culturalism: “I preach there are all kinds of truth, your truth and somebody else’s, but behind all of them, there’s only one truth and that is that there’s no truth.” Soon after, he makes a turn to violence: First he drives over Solace Layfield, a man who reminds him of conscience, a symbolic self-murder that follows logically from “absolute moral independence”; and second, he willfully blinds himself after losing the car that represents bodily freedom. Several critics have used Hazel Motes’s self-blinding to accuse O’Connor of a Manichean vision, saying that she must have thought such blinding necessary to open Motes’s eyes to the spiritual world. But Motes is silent after his self-blinding, except that the care of Mrs. Flood makes him confront “the reality of human interdependence,” so that he finally expresses a “sense of obligation and debt.” In turn, Mrs. Flood learns about responsibility for others: “I’m willing to give you a home here with me.” The story ends in a mystery.

Before she examines O’Con­nor’s second novel, Srigley explains that the author saw violence not as a “problem to be solved,” but “a mystery to be endured.” For despite its “horrors,” human life had been found by God to be “worth dying for.” So violence and suffering were to be met not with some vague feeling of compassion, but with the “unsentimental eye of acceptance, which is to say, of faith.”

The Violent Bear It Away is another parable about that modern idol, autonomy. The protagonist Francis Tarwater has two mentors — his uncle Rayber, an atheist who practices “inward violence” to “control and reject love,” and his great-uncle Mason, a fundamentalist preacher who has a “violent” love of the world. Rayber teaches Francis to live by “facts,” while Mason inculcates a “thundering religious zeal.” The choice between them becomes complicated by an interior voice that keeps telling Francis he must choose autonomy: “It ain’t Jesus or the devil. It’s Jesus or you,” and “That’s the way it ought to be in this world — nobody owing nobody nothing.”

Mason commands Francis to perform two actions: a baptism and a burial. First, he commands Francis to baptize Rayber’s son, Bishop, and thus endorse his full human dignity, for Rayber regards his son as subhuman due to a lack of mental activity; indeed, he tried to drown him but was held back by a strange sense of his presence. In a passage prophetic of our Culture of Death, Rayber remarks that in the future “people may have learned enough to put them to sleep when they’re born.” Second, Mason commands Francis to bury him after his death for fear that Rayber will unceremoniously cremate him. The old preacher knows that when he dies he will be as lacking in mental activity and as dependent on others as the “idiot-child.”

When the time comes to follow those two commands, Francis listens to the interior voice that urges autonomy and chooses to treat Mason’s body disrespectfully and to drown Bishop, even as he baptizes him, on the grounds that a body without mental activity is worth nothing. Later, though, when he meets the incarnation of the interior voice and suffers violence himself, he begins to understand his own perversity, and in a final Eucharistic vision sees the mystical community of mankind “composed of all the living and the dead” bonded by the Incarnation.

In the final chapter, Srigley examines the “purgatorial vision” in one of O’Connor’s last stories, “Revelation,” a vision she contends is drawn from St. Catherine of Genoa’s treatise on Purgatory, which O’Connor had read and savored. In this story, Ruby Turpin is blindly self-righteous, and yet not damned (regardless of what other critics say) in the final vision. Rather, she is called to humility, purging self-knowledge, and the “reordering of her soul.” Srigley observes that in her brief life as a writer, O’Connor moved from “the fiction of the grotesque” (as in Wise Blood) toward “the fiction of love” (as in “Revelation”). How fittingly that at the approach of death, O’Connor should move, as Srigley eloquently puts it, toward the “contemplation of the soul’s ascent into the purifying love of God.”

The Incarnational Mind vs. the Captive Mind

The Captive Mind. By Czeslaw Milosz.

A faculty reading group of which I was a…