Volume > Issue > Dying to Be Seen

Dying to Be Seen 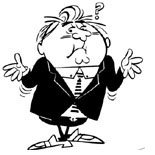 Anne Barbeau Gardiner is Professor Emeritus of English at John Jay College of the City University of New York.

In his preface, Mitch Albom, a columnist for the Detroit Free Press, calls his book “the last class” taught by Morrie Schwartz, a man who died in 1995 of ALS (Lou Gehrig’s disease). Albom had Schwartz as a professor of social psychology at Brandeis in the 1970s. When he found out that his old teacher was dying, Albom went to Morrie’s side and in a series of Tuesday conferences he taped his mentor’s final reflections on the meaning of life and death.

How does Morrie face his death? Morrie wants “to die serenely,” not “leave the world in a state of fright,” and he hopes to do this by detaching himself from fear at the last moment. Morrie’s Tuesday philosophy is the perennial philosophy of the ancient atheist Epicurus, the Philosopher of the Garden: Life is a banquet from which we ought to exit gracefully and thankfully, at the end of our allotted time, into the darkness outside.

For Morrie, as for Epicurus, nothingness awaits beyond death, so fear is unnecessary.

This Epicurean dismissal of fear is something that this reviewer has never found persuasive. Contemplating nothingness is surely more frightening than looking to a final judgment. One can prepare for God’s tribunal by an examination of conscience before death and by repenting. This, of course, requires privacy, time, and grace. But how does one prepare for nothingness? Morrie thinks he has found a way: He will make his death as public an event as possible to make sure of being remembered, for a time at least, by other mortals. This is what Morrie resolves: “he would make death his final project…. He could be research. A human textbook.” He intends to donate his dying process to the community as a primary source for study.

This project, examined fairly, is deeply disturbing. Morrie uses his dying for self-dramatization. That means he will not be a useful textbook after all, because his dying process is not a normal one. His last months are turned into a coup de théâtre for the multitudes. Now, Morrie is a professor, which (as I know from experience) means that he is in part an actor. This is especially true since he was not a research scholar but one who put his efforts into teaching. Some of the sessions at Brandeis that Albom tells us about (such as the one consisting of 15 minutes of total silence) show Morrie’s flair for histrionics.

It is clear that Morrie knows he is “on” in his series of deathbed interviews, both with Ted Koppel on television’s Nightline and with the journalist Albom. Regarding Koppel’s show, he says on one Tuesday with Albom that “maybe they are using me for a little drama. That’s okay. Maybe I’m using them, too. They help me get my message to millions of people. I couldn’t do that without them, right?” In the same way he welcomes Albom’s tape recorder: “I want someone to hear my story.” According to Morrie’s wife, Morrie talks to her “about having to do this project with you [Albom]…it’s giving him a good sense of purpose.” Morrie knows that the mass media for which Albom and Koppel work provide him with a terrific shot at being remembered. Even when he can barely breathe, Morrie still asks before he starts to speak, “Is the tape on?”

When Albom asks his teacher if he is worried about being forgotten, Morrie points to “all this talk that we’re doing” as the basis for his being remembered. Morrie affirms, “You will not forget me after I’m gone.” And how can we? To emphasize how important to him his last tape-recorded classes are, he even says he wants this epitaph on his tombstone: “A Teacher to the Last.”

In Albom’s admiring account, Morrie does teach to the end. But what is Morrie teaching? It is dispiriting to see him still giving his undergraduate class in pop culture, heavy on 1960s-style personal development, imparting a platitudinous reader’s-digest sentimentality, when he might instead be receiving awesome lessons of grace in the privacy of his soul.

Though this bestseller banks on the inherent solemnity of death, it is not an authentic record of a dying. It is Morrie’s epiphany as a teacher-actor. By dying publicly in front of cameras and tape recorders he stakes his claim to the only immortality he believes in — living on in the memories of others. But this media-event “immortality” has been and will be denied to virtually every other dying soul. So what is this teacher teaching anyone here?

Morrie is driven by his fear of nothingness to embrace public memory as a substitute for the final judgment and an eternal destiny. Such a dying process is neither real nor true. It’s Hollywood. It’s camp. It’s dying to be seen. So there is plenty of self-deception in this scenario of a dying representative of the 1960s speaking his last words of wisdom to the masses.

Morrie’s view of death throughout this book is colored by his undying desire to be politically correct. We hear a little about reincarnation (as a gazelle) and a little about Buddhism; then we are told that Morrie’s insight into life’s meaning transcends all religions; and finally we learn that “you’re not a wave, you’re part of the ocean,” a watery pantheism that washes out individual judgment and immortality.

The media-culture long ago intruded itself into the mating bed of America. Now it’s invading the deathbed as well. Some dying people leave their body to science for classes of medical students to jest over; Morrie has left his dying self to be an object-lesson for the gullible masses to grin at. But while a corpse cannot lie, a man using his death for self-dramatization certainly can, even if he doesn’t intend to. He cannot die truthfully while holding the public gaze for the sake of staving off a nothingness beyond. Authentic dying is done in private, in fear and trembling — and in hope — before the last judgment. This book prompts one to paraphrase the question that Jesus Christ posed: What does it profit a teacher to gain the whole world as a classroom, if he loses his own soul? Morrie struck a sad bargain when he spent his precious last months on this project to survive in the memories of mere mortals.

There’s something else inauthentic about this book: its twisting of the Christian value of unconditional love for the weak. This teaching of Christ was so startlingly new that it shook antiquity to the core. But Albom and Morrie want us to believe that people will naturally have such a love for the weak and the dying. This is untrue. It’s Pelagian cotton-candy, sweet but empty — and very sticky. Yes, Morrie receives abounding shows of love, countless visits and letters. But is it all genuine? Much of it is prompted by his being a celebrity on Koppel’s Nightline. Albom himself had not contacted the man he now calls his favorite teacher for twenty years. But after turning on the television and hearing Koppel say (in a voice “booming with authority”) that Morrie Schwartz was someone whom millions of viewers would “care about” by the end of the program, Albom suddenly felt the love he had forgotten during all those years, and he flew to Boston with his tape recorder. When friends and caregivers are doing their thing in front of lenses and microphones, how much is real and how much is theater?

A man’s death can be a touching thing, and the book makes some sound points: for example, that the total dependency brought on by terminal illness should not be seen as a humiliation but as an opportunity to receive total care and love again, as if the person had returned to babyhood. Unfortunately, the very Philosophy of the Garden with which this book is imbued is shoving Western society in the opposite direction, toward assisted suicide and compassionate murder for those who seem not to be properly enjoying the banquet of life, or whose presence might spoil the banquet for others.

It strikes me that Dr. Kevorkian shares much with Morrie. He too is a self-dramatizing sentimentalist. For him too, dying is the anteroom to nothingness. He is also constantly teaching a class on the dying process, reifying persons into chapters of a textbook. Morrie concedes that if he were “divorced, or living alone, or had no children” he is “not sure” he could bear what he is going through. Albom agrees, pondering “would the emptiness be unbearable?” This is where an opening is made for the likes of Kevorkian and all such “merciful” killers. When a doctor of death is called to ensure that you or I will exit quietly from life’s banquet, he simply brushes aside the Pelagian cotton-candy to reveal, concealed in its sugary emptiness, the final course of that banquet — one small serving of lethal fluid in a gleaming syringe.

Catholic Cameos From the Silver Screen

Catholicism has produced potent and eloquent images of Christian faith that allow cinematic artists to portray with grace and precision spiritual realities that enrich the human experience.