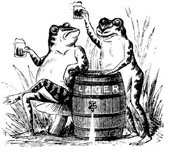 Literary Converts: Spiritual Inspiration in an Age of Unbelief

Having published a biography of G.K. Chesterton in 1996, Joseph Pearce has now written a sequel of sorts. For the record, Pearce’s new offering is a history of British “literary converts” (mostly to Catholicism, a few to Anglicanism) over the course of the 20th century. Running through this volume are stories of the impact of a convert by the name of Chesterton on a good many of them. As such, it’s unquestionably a story of “spiritual inspiration” over the course of the “age of unbelief” that constitutes the full run of the 20th century. At the same time, it offers spiritual inspiration to those still searching for just that in the age of unbelief that remains with us today.

Pearce begins what he calls his “adventure story” with the deathbed conversion of Oscar Wilde and concludes in the “Celtic twilight” with the stories of much lesser-known figures, including poets George Mackay Brown and R.S. Thomas. In between can be found the clash of “belief and unbelief…in creative collision” in the lives of the usual suspects: Evelyn Waugh, Christopher Dawson, C.S. Lewis, T.S. Eliot, Graham Greene, Ronald Knox, Malcolm Muggeridge, Dorothy Sayers, Edith Sitwell, E.F. Schumacher, Alec Guinness, and, of course, G.K. Chesterton.

To be sure, each of these conversion stories has been told before, by others or by the converts themselves. Pearce has borrowed liberally from both biographies and autobiographies, but he has also conducted interviews wherever possible. The result is a volume that is both derivative (in its reliance on secondary sources) and original (both in its comprehensive nature and in its emphasis on the interrelationships among his subjects).

At once an exercise in literary, political, and economic history, the book also provides a summary of theological debates and a compendium of spiritual journeys. No doubt NOR readers are well-acquainted with many of the individual stories contained in this volume, but few will be familiar with all of them. And even those who are familiar with most of them will find their share of surprises along the way.

Pearce contends that Chesterton’s “coming out” as a Christian had a “profound effect” on many subsequent literary converts (just as cradle Catholic Hilaire Belloc had had a profound effect on Chesterton). In Pearce’s estimation, Chesterton’s effect was “similar in its influence to Newman’s equally candid confession of orthodoxy” a half century earlier. What it did was “herald” not just a series of conversions, but a “Christian literary revival” which ran against the “prevailing agnosticism of the age.”

Chesterton’s Orthodoxy was presumably the book that proved so powerfully influential in the lives of his fellow converts. But not so for the (Anglican) “bishop’s son” Ronald Knox. In his case it was Chesterton’s first novel The Napoleon of Notting Hill that “aroused his passions.” Upon reading this curious novel, Knox immediately became enamored of the writing of the man who would become his “oracle.”

Even the accomplished historian Christopher Dawson came under the spell of Chesterton, the occasional historian. In the middle of Dawson’s spiritual struggles, who should appear but Chesterton and his epic poem, The Ballad of the White Horse? It took twenty years, but Dawson eventually wrote Chesterton to thank him for this “breath of life.”

For many of Pearce’s converts the struggle for Catholicism was just as much a reaction against the age of unbelief as it was a search for theological truth and spiritual peace — and Pearce notes its socio-economic dimension. If Orthodoxy was Chesterton’s “statement of Catholic theology (even if it was one written well before he actually became a Catholic), The Outline of Sanity was Chesterton’s statement of Catholic social thought and his call for the creation of a distributist society.” Chesterton grounded that society in Pope Leo XIII’s encyclical Rerum Novarum, which posited a world of small property holders that was neither capitalist nor socialist.

Chesterton offered an alternative to fascism and Communism as well. His brother Cecil, also a convert, had served in the Great War (or Pearce’s “slaughter of the innocents and of innocence itself”). The more committed distributist of the two, Cecil expected to devote all his energies to promoting this cause once the war ended. Instead he died a non-battlefield death shortly after the armistice. According to Pearce, G.K. Chesterton “felt a great responsibility to his brother’s memory and a compulsion to carry on the work his brother had started.” Therefore, between his brother’s death and his own earthly demise in 1936, Chesterton devoted at least some of his declining energy to bringing to life an ideal that was immediately rooted in his understanding of Catholicism and eventually pursued by another convert who comes within Pearce’s gaze.

E.F. Schumacher is best remembered for his Small Is Beautiful manifesto of the early 1970s. A hero to Leftists and environmentalists in particular, Schumacher deserves to be remembered for what was ultimately most important to him, namely, his adopted Catholicism. In fact, notes Pearce, Schumacher arrived at the “final destination of his philosophical journey” two years before the publication of Small Is Beautiful. That journey may not have been directly influenced by Chesterton, but it was highly Chestertonian nonetheless. By the late 1950s (and in his late 40s), Schumacher had come to believe that man was homo viator, which is to say that man had been created for a purpose, had a duty to fulfill that purpose, and was to be held individually responsible for his actions or inaction.

Schumacher was disturbed whenever he observed evidence of man’s refusal to accept personal responsibility. He went on to assign responsibility for man’s irresponsibility to culprits named Freud, Marx, and Einstein. But, like Chesterton before him, Schumacher could never be depressed. Mid-century man had taken the wrong road, but that did not mean that he was condemned to remain on that mistaken path — at least not as long as there was Schumacher around to encourage him to read St. Thomas, St. Augustine, St. Teresa of Avila, and St. John of the Cross. The right path has always been there to be discovered. And once found, its discoverers would invariably “echo the central theme of Chesterton’s The Everlasting Man.” After all, this volume was a statement of man’s everlasting free will and the book that had helped convert C.S. Lewis to Christianity — and convince him that the “ancients had got every whit as good brains as we had.”

In the end, Chesterton, Lewis, and Schumacher each sought to convince modern man to use the good brain that God had given him. And ultimately, there was a potent strain of optimism in the literary offerings of each of the three. To Schumacher, pessimism was self-fulfilling. Pearce agrees: “If one believes the worst one will probably get the worst. Negation begets negation.” Nothing could be more Chestertonian than that.

Other journeys are no less important to Pearce, but he must be excused for holding up Chesterton as his model — and not just because there was a socio-economic dimension to his conversion. Unlike Oscar Wilde and Malcolm Muggeridge, Chesterton did not come to the Church after a life of Wildean dissipation or Muggeridgean extra-marital sexual experimentation. Unlike Evelyn Waugh, Chesterton did not adopt a pose of aloof, even downright grumpy, superiority. Unlike Graham Greene, Chesterton was never a brooding doubter unwilling to practice the Catholicism he claimed to have taken as his own. And unlike Schumacher, Chesterton was filled with a genuine love for Catholic ritual and a healthy distrust of anyone’s ability to remake this world, a world which he believed could at its best only “wobble” on its merry way.

Who knows what Chesterton’s conversion story might have been like had he lived to witness the rest of the 20th century’s unbelief and its terrible consequences, not to mention the changes in his Church and their less than salutary consequences.

Would Chesterton have converted to the Catholic Church of 2000? Ah, that is a question best left to another book — or at least a round of drinks at one of his favorite pubs. In the meantime, we can be thankful for his conversion, his ongoing influence, and this wonderful book.

Alzina Stone Dale wrote the first of many books re-eval­uating G.K.C. and elevating him to his deserved place in English letters.

I came to see that the Anglican schism of the sixteenth century, and the Protestant Reformation in general, did not reflect the original trajectory of the New Testament.