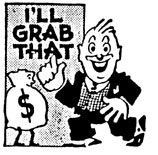 Confessions of an Economic Hit Man

Also reviewed:  A Theory of Personalism. By Thomas and Rosita Rourke. Lexington. 217 pages.

It might seem peculiar to review two books together with titles so dissimilar. John Perkins’s book is an account of his activities as an employee of the Boston consulting and engineering firm Charles T. Main, during which he avers he was sent to various poor countries around the globe basically to con them into signing on to huge and expensive “development” projects that would entangle the country in indebtedness to the International Monetary Fund (IMF) and the World Bank, all in the interest of U.S. corporate and geopolitical goals. The Rourkes’ book, on the other hand, the work of two academics, expounds the philosophical and socio-political idea known as personalism, a theory that arose after World War I and is associated chiefly with Emmanuel Mounier, a French Catholic philosopher and Editor of the journal Esprit, and which later influenced Dorothy Day and the Catholic Worker movement. Despite their differences, these two books have much in common.

A Theory of Personalism is not primarily an abstract discussion of philosophical theses, but explains with as much passion and concrete examples as does Perkins’s book the sorry state of our world, the increasing dominance of corporate wealth, and the destruction of local environments, both physical and cultural, here and abroad. The Rourkes have that rare knack among academics of writing so that the importance and immediacy of their topic is clear to every reader. Another point of similarity is that each book deals in part with Latin America. Perkins, the economic hit man, did much of his destructive work in Latin America, and Rosita Rourke, who is Argentine-born, is naturally much interested in that continent and especially her native country, which has been particularly hard hit by the policies of the IMF.

Ultimately, both Perkins and the Rourkes are concerned with the actual people living in towns, villages, and neighborhoods, especially rural people, who have little or no power or prestige in today’s world. Such people are too often victims of manipulation, theft, and destruction — manipulated by astute and plausible outsiders whose only aim is their own power and enrichment, theft of their resources, and destruction of their way of life. Early in his book, Perkins writes about a mammoth dam constructed in Ecuador: “That hideous, incongruous wall is a dam that blocks the rushing Pastaza River, diverts its waters through huge tunnels bored into the mountain, and converts the energy to electricity. This is the 156-megawatt Agoyan hydroelectric project. It fuels the industries that make a handful of Ecuadorian families wealthy, and it has been the source of untold suffering for the farmers and indigenous people who live along the river…. Because of [such] projects, Ecuador is awash in foreign debt and must devote an inordinate share of its national budget to paying this off, instead of using its capital to help the millions of its citizens officially classified as dangerously impoverished. The only way Ecuador can buy down its foreign obligations is by selling its rain forests to the oil companies.”

Such projects are of course trumpeted as being for the benefit of the local people, but in reality the local people are considered expendable for the sake of whatever financial or political goals these responsible parties have. And the responsible parties — or guilty parties — typically include corrupt officials of the poor countries themselves, corporations and banks from the U.S., Japan, or Europe, and international financial agencies. For them the desires and needs of the local population are irrelevant.

Now, one might think that such happenings occur only in foreign nations in the Third World. But this is not so. One of the strengths of the Rourkes’ book is that they make clear that pretty much the same thing has been going on in our own country. Quoting Kentucky poet and novelist Wendell Berry about his hometown of Port Royal, they write: “Wendell Berry notes that eighty years ago his town had eighteen businesses, all of which served the local community. Now, excluding the post office, there are only three. There is no market for produce within forty miles, no garage or repair shop, no doctor and no school. Like countless others, his community is dying.” And in Berry’s own words: “For a long time, the news from everywhere in rural America has been almost unrelievedly bad: bankruptcy, foreclosures, depression, suicide, the departure of the young, the loneliness of the old, soil loss, soil degradation…population loss, the loss of supporting economies, the deaths of towns.”

We are not accustomed to seeing the damming of a river in South America and the decline of rural America as having much to do with each other. But they do. In both cases, impersonal outside economic forces take over a locality, its economy and its culture, without regard for the welfare of the locals either individually or as a group. Failed businesses, destruction of local environments, families broken up — these are just some of the injuries inflicted on those who have neither power nor prestige. Whether in the Third World or in rural America, the financial and political powers care little about the lives of those who happen to be in the way of “progress.”

Of course, both of these books tell their story in a very different way. Confessions of an Economic Hit Man reads like an exposé, and it is. Weaving his own life story into his narrative, Perkins flits from country to country in his destabilizing work, combining bribery of local officials with falsification of reports and statistics to show that countries needed the huge mega-projects that would put them hopelessly in debt. And behind him stood others who would deal with those who would not be bribed — with the threat of assassination or military coup. From Indonesia to Panama, the combined forces of American corporations, the CIA, and as a last resort, the American military, worked to broker deals in their favor.

Back in 1931, Pope Pius XI warned about nations that “apply their power and political influence, regardless of the circumstances, to promote the economic advantages of their citizens.” The situations that Perkins describes are extreme examples of what most powerful nations have tried to do throughout history. To imagine that we Americans are somehow exempt from such crimes is to imagine that we are somehow exempt from Original Sin.

Perkins recounts the story of how Ecuador’s President, Jaime Roldós, in opposition to foreign oil companies, especially Texaco, instituted laws “based on the premise that Ecuador’s greatest potential resource was petroleum and all future exploitation of that resource should be done in a manner that would bring the greatest benefit to the largest percentage of the [Ecuadorian] population.” The Carter Administration, in what Perkins praises as a rare example of restraint on the part of the U.S. government, did not interfere. But shortly after Ronald Reagan took office in 1981, Roldós was killed in a helicopter crash. In Latin America this was widely seen as a CIA assassination, and Perkins clearly believes that it was. And the same thing has happened to other Latin American leaders who opposed U.S. corporate interests, such as Jacobo Arbenz of Guatemala in 1954, and Omar Torrijos of Panama also in 1981. These men threatened the dominance of U.S. economic interests and all died shortly thereafter. In the case of Arbenz, “American pilots bombed Guatemala City,” and the new government that took over “abolished taxes on the interest and dividends paid to foreign investors.”

The Rourkes’ book, although it does address the same forces of economic and cultural depersonalization that Perkins was a part of, is mostly an exposition of personalism and its role in countering many of these evils of modern life. The Rourkes sketch an economic system inspired by personalism in which the “economy is for the sovereign people, not the people for the economy…. The economy must foster the communities closest to the person, such as the family and the local community. These communities should be relatively self-sufficient.” Thus, they are no friends of economic globalization. For it is large entities, whether corporations or governments, that the Rourkes oppose in the name of local economies and ultimately in the name of the human person.

Perhaps some readers are asking themselves whether the Rourkes are liberals or conservatives. Perhaps some have already decided that they are liberals. This would be an error, for like most theorists who place themselves squarely within the Catholic intellectual tradition, the Rourkes are neither of the Left nor the Right. Though deeply critical of capitalism (as indeed are most serious Catholic thinkers), they are equally critical of the socialist alternative, and also of abortion, divorce, and pornography, which evils are often fueled by do-your-own-thing capitalism. They also point out the problems with Latin American liberation theology. The kind of economy they recommend is that of such Catholic thinkers as G.K. Chesterton or Heinrich Pesch: private property, well distributed among many owners, serving local needs as much as possible. Much of our economic debate revolves around two big entities, the corporation and the state. But the heavy hand of both of these falls equally hard on the people. And it is the people the Rourkes wish to champion.

One interesting proposal that the Rourkes highlight is from the work of the late Louis Kelso, a tireless promoter of Employee Stock Ownership Plans, and author (with Mortimer Adler) of The Capitalist Manifesto in 1958. Kelso formulated a unique theory of how to generate widely distributed property ownership based on the future earnings of private firms backed by government-guaranteed loans. (For a more recent exposition of this theory, see Curing World Poverty: The New Role of Property [1994] edited by John H. Miller, and for comments see a review by the present writer in the May 1995 NOR.) Kelso’s proposals represent a genuine contribution to showing how the ideals of economic justice and Catholic social thought can be applied to real situations, and can be a key part of the construction of a just and sound economy.

Both Confessions of an Economic Hit Man and A Theory of Personalism address the symptoms of our modern malaise, a malaise which is at once political, economic, and cultural — but ultimately religious. Perkins’s book is surely worthwhile, simply to help people understand what is actually going on in the world. But the solutions can be found in the Rourkes’ book. In them we see a Catholic approach to our difficulties, an approach that is largely unknown because it does not fit well with the paradigm of either Right or Left.

The Scandal of Catholic Teachers' Pay

If states offer school vouchers to parents, then states should require teacher salaries commensurate with those of public-school teachers.