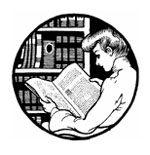 Salvation Is From the Jews: The Role of Judaism in Salvation History From Abraham to the Second Coming

Ronda Chervin is author of numerous Catholic books, including The Ingrafting and Bread from Heaven with accounts of Jews who came to believe in Christ in the Catholic Church.

This is not the first time Ignatius Press has come out with a groundbreaking book that everyone needs to read, but it is probably the first time I have read a book in my own area of expertise in which I wouldn’t want to change a single line!

Maybe, like me, you are one of those who think that on certain subjects you have read everything there is to read. After all, how often can anyone keep pondering why the Jews didn’t all follow Jesus into what would become the Catholic Church? How often can you wonder why the Jews are still around since Christ is the fulfillment of their hopes? Even if you reject the popular liberal theory that Abraham was at the foundation of the Jewish religion and Jesus came to bring salvation primarily to the Gentiles, what theories about the relationship between the two religions really satisfy you?

Roy H. Schoeman, a Jewish Harvard Business School graduate and former professor who became a Catholic after a spectacularly miraculous experience of the Virgin Mary, actually answers these questions in a way that not only satisfies but opens up new vistas for thought and action.

To stimulate your appetite, here are some of the more fascinating ideas and facts in Schoeman’s scholarly but fast-moving book:

– The Jews of Old Testament times had to insulate themselves totally against the Gentiles because the pagan gods were not, as skeptical moderns tend to think, just superstitions, but were demonic spirits.

– Up to the time of the Talmudic sages, the same scriptural passages thought to be Messianic by Christians were considered to be Messianic by Jewish scholars also. Later, when these passages began to be used by Christian apologists, Jewish exegetes started to give them different meanings. An example is the claim often made today that, contrary to what the Talmud teaches, the Suffering Servant passages in Isaiah refer “not to an individual but to the Jewish nation as a whole.” In some cases, Jewish scholars make use of a different textual variant which yields a very different meaning. An example is the famous passage in Psalm 22, which Christian Bibles translate as: “they have pierced my hands and feet,” but Jewish ones render as “like a lion, they are at my hands and my feet.”

– Many Jews claim that events after the time of Christ do not fit the Jewish Scripture’s prophecies of what would happen when the Messiah came, thus proving that He was not the Messiah. Schoeman shows that this can be explained by taking into account that some of the prophecies refer to Christ’s Second Coming rather than His first, while others refer to spiritual events not visible in the physical world, such as the immediate and radical release of the righteous dead from limbo. As for Jews claiming that Christian views of the afterlife are alien to Judaism, Maimonides, the great Jewish philosopher of the Middle Ages, labeled as atheists and unbelievers unworthy to belong to the Jewish community those who failed to believe “with perfect faith” in the resurrection of the dead.

– Schoeman masterfully summarizes the evidence of Hitler’s involvement with Satanism and how closely allied the mentors of men such as Saddam and Arafat were to Hitler. In 1953 Anwar Sadat wrote that Hitler had been falsely demeaned, and that Hitler had been great in trying “to save the world from this malignant evil [the Jews].”

– Schoeman, carefully distinguishing as always between defined teachings of the Church and speculation, asks the reader to consider the possibility that Satan, knowing that the Second Coming must be preceded by the conversion of the Jewish people, inspired the Holocaust with the intent to either eliminate the Jews entirely or, failing that, to ensure that the survivors would associate Christianity with Nazism.

– A key to the meaning of Judaism after the Resurrection of Jesus is the intriguing passage from St. Paul (in Rom. 11:16-24) concerning the ingrafting of Gentiles onto the tree with Jewish roots. After a fascinating analysis of the use of the word “seed” in Scripture, Schoeman concludes that the Jews retain the “blessing by nature” because they are the seed, while the Gentiles receive the “blessing by choice.” “Therefore, when they [the Jews] do come to the faith (as St. Paul prophecies they certainly will) and thus are grafted back onto ‘their own’ olive tree, how blessed they will be, since they will then receive the blessing by choice originally intended for them which is perfectly matched to their blessing by nature (as seed) from which they were never separated.”

– Since Jews have a horror of assimilation, some contemporary Catholics think it is right that they stay separate. Schoeman suggests that those Jews who choose to “disappear” into the Church might be seen as yeast that is kept separate from the dough until the right time comes for it to disappear into the bread. “Just as the yeast does not lose its importance in disappearing into the dough but rather achieves it, so might the Jewish charism realize its unique importance in ‘disappearing’ into the Church. And God in His providence, and in His timing in providing the grace of conversion, knows that the separate supply of yeast — the unconverted Jews — will last until the right time.” (A beautiful chapter about famous Jewish converts provides inspiration from the writings of Alphonse Ratisbonne, Rabbi Zolli, Cardinal Lustiger, and Charles Rich. The book also includes the miraculous story of Schoeman’s own finding of Christ and His Church.)

Salvation Is From the Jews spans salvation history from the time of Abraham to the current implications of Jews in Israel working to rebuild the Jerusalem Temple and renew the blood sacrifices on the very mount the Muslims are most likely to contest.

I highly recommend reading Salvation Is From the Jews. It would also make an ideal gift for Jews who are seeking to understand Christianity better, and for RCIA directors to give to Jews marrying Catholics or those on the way to conversion.

Jewish Light on the Risen Lord

The intellectual integrity of Flavius Josephus remains a model, not only for Jews, but for all who strive to enrich the world of scholarship.