Volume > Issue > Barbara Ward, Not to Be Forgotten 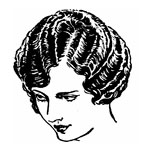 Barbara Ward, Not to Be Forgotten

On May 31, 1981, Barbara Ward (Lady Jack­son) died in her native England. We need to keep the memory of her legacy green. She was without doubt one of the most eloquent Catholic voices in the English-speaking world of the 20th century. She was a moving orator and lecturer, an influential economist with wide-ranging interests, and a true scholar.

Ward’s competencies in economics and the liberal arts were the rich endowment of her college years at Oxford, where she graduated with first-class hon­ors in 1935. Following graduation she traveled and studied on the Continent, notably at the Sorbonne. Her first published book, The International Shareout (1938), a treatise on colonial problems, won the at­tention of Geoffrey Crowther, editor of The Econo­mist. At his invitation she joined its staff in 1939. First as foreign editor and then as a contributing editor, she wrote for it for almost the rest of her life.

In her major books — Faith and Freedom, The West at Bay, The Rich Nations and the Poor Nations, Spaceship Earth — Ward dealt brilliantly with the problems that beset the world in her lifetime. It was a life that spanned two world wars, the rebuilding of Europe, the post-colonial era during which the Third World nations emerged, and the Second Vatican Council, in whose implementation she directly par­ticipated. The Cold War, which was a preoccupation of hers, still chilled the air at her death.

When she died, the Jesuit weekly America sa­luted her as an “intellectual and global apostle.” The same journal recalled Ward’s role in an elaborate con­ference on education and religion at Columbia University’s observance of its bicentennial in 1953. Ward was invited to summarize the proceedings. Henry VanDusen, president of Columbia’s neighbor on Morningside Heights, Union Theological Seminary, recorded her impact:

She delivered ex-tempore a 45-minute “sum­mary” that brought several hundred jaded scholars to their feet in thunderous and pro­longed applause. However divided they may have been on the issues in dispute, they were of one mind that this was as brilliant an intel­lectual and oratorical “tour de force” as any ever heard.

Robert McNamara, then President of the World Bank, also paid homage to her influence. He recalled his first meeting with her at a Kennedy Administra­tion seminar she conducted “where she held me and my fellow cabinet officers spellbound for hours.” In his office at the World Bank she shared with him her compassion for the newly born and terribly poor na­tions. She involved him in her campaign for what came to be known as “basic needs” and especially for that simplest but often rare gift of nature — a supply of pure water. His testimony: “Her intellectual sup­port and criticism” have been “more influential on my thinking than that of any other person I have known.”

Acne on the chin... It pays to be friends with the Legionaries of Christ and Commonweal... Christmas is gone -- in more ways than one...

Dante’s Divine Comedy, the most sublime religious poem the Christian West has produced in two…

The American College Louvain tries to justfy its teeny-tininess.