Volume > Issue > Are You Compassionate? 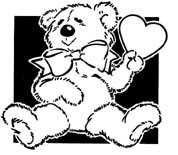 By Abbot Joseph | September 2005
Abbot Joseph, a monk for 22 years, has for the past five years been the Abbot of Holy Transfiguration Monastery in Redwood Valley, California, a Byzantine-rite monastery in the Ukrainian Catholic Church.

I have nothing but compassion for people who misuse the term “compassion.” This does not mean that I tolerate such misuse in the least, as you will see. One of the most beautiful divine qualities, in which we are invited to share — “Be compassionate as my Father is compassionate” (Lk. 6:36) — is all too often twisted into something that is tantamount to offering people a license to sin. “Compassion,” in modern parlance, means something like universal tolerance with a dose of sentimentality, which turns a blind eye to evil. In the Byzantine tradition, Christ is often called “The Lover of Mankind” and “The Compassionate One.” But He is never referred to as “The Tolerant One,” and with good reason.

Christ came into the world to save sinners. He didn’t come to make sinners feel good about themselves or to instruct us on how to blur the distinction between good and evil, based on current trends or personal preference. Some people attempt to justify their (or society’s) wrongdoing by saying, for example, that Jesus refused to condemn the woman caught in adultery and that He spent much of His time eating and drinking with sinners. They don’t seem to be willing or able to understand why He did that.

Jesus’ words to the adulterous woman, “Neither do I condemn you” (Jn. 8:11), are filled with forgiveness, not tolerance. She knew her own sin, and He knew that she did, whereas the would-be stone-throwers weren’t reflecting upon theirs. So Jesus had to deal with them first. But after He forgave the woman, notice that Jesus did not say, “Go, follow your feelings, celebrate diversity, and try not to hurt anyone.” He said, “Go, and sin no more.” To the paralytic, He added a further warning: “Sin no more, lest something worse befall you” (Jn. 5:14). Compassion does not equal tolerance, especially where sin is concerned. If compassion, like genuine love, is not rooted in truth, it is at best misguided emotion, and at worst a refusal to enlighten a soul in danger of damnation.

Right From the Mare's Mouth

The chain that’s fixed to the throne of Jove,

One link dissolved, the whole creation…