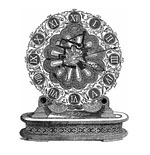 Religious Rebirth in the Black Mountains

AMID BOUTS OF CONVERT BEWILDERMENT SYNDROME

By Thomas Basil | May 2018
Thomas Basil, who resides in the Archdiocese of Baltimore, is a 1996 convert to the Catholic Church. His trip to Montenegro took place in June 2017. He is unrelated to St. Basil of Ostrog, so far as he knows. Some quotes have been abridged for readability.

Onboard our flight to Podgorica, the capital of Montenegro, I met an exchange student returning home from the U.S. “I’d tell people I was from Europe,” he said. “Nobody in America has heard of Montenegro, and it’s too hard to explain.” Too hard to explain befits an isolated mountain nation reborn to independence in 2006 after centuries under Serbian, communist, Austrian, Ottoman, Venetian, Roman, and Greek rule. One of the seven nations to emerge from the break-up of Yugoslavia, Montenegro means “black mountains” — its massive walls of rock plunge into a ribbon of coastline along the Adriatic Sea.

From Podgorica’s two-gate airport, our taxi roared onto switchback roads, along cliffs with hairpin turns, while our driver unconcernedly showed us photos on his phone. An hour later, we screeched into Budva, a Roman-era town on the Adriatic where ancient city walls adjoin delightful beaches. Early this century, a Russian singer used Budva as the backdrop for what would become a hit music video, a publicity bonanza for one of the few warm-water resorts Russians can reach without a visa. Budva’s economy today centers around Russian tourism. It is also a vacation hideaway for the global ultra-rich, who are drawn to Budva’s stunningly blue and clear waters.

St. Paul wrote about his disciple Titus being in Dalmatia (2 Tim. 4:10), which was a Roman province along this portion of the southeastern Adriatic. Budva emerged in recorded Catholic history in 1273 when Incelerio Prodi, an Augustinian, became its bishop. The Budva diocese lasted another 555 years until it was disbanded in 1828 following the collapse of Venetian rule. In 1933 Budva was re-christened as a titular see, the Church’s way of memorializing defunct historical dioceses. Budva’s current titular bishop hails from the Philippines; his predecessors are from Portugal, Polynesia, and Latin America — a hidden tie to the Church universal and eternal.

Catholicism exists in Montenegro only residually, claiming under four percent of the populace and mostly in one historical enclave, Kotor. Budva’s sole remaining Catholic church, St. John’s, dates to the seventh century. It was already 900 years old when the Reformation began and is a successor to a fifth-century basilica in ruins nearby. St. John’s bell tower is Old Town Budva’s most prominent landmark. Its many attached buildings suggest that its bishop once had a sizable retinue. Nowadays, one Sunday Mass in Serbian is all that’s left.