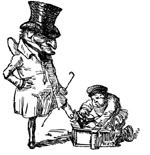 Are Catholics the New WASPs?

By Casey Chalk | November 2022
Casey Chalk, a Contributing Editor of the NOR, is a contributor to The American Conservative and The Federalist. He is the author of The Persecuted: True Stories of Courageous Christians Living Their Faith in Muslim Lands (Sophia Institute Press, 2021). This column is adapted from an earlier, shorter article titled “How Catholics Became the New WASPs” that appeared in The Spectator (Sept. 2022).

One evening almost 15 years ago, while deployed to Afghanistan, I got into a bizarre argument. My interlocutor claimed that his demographic — white male, Catholic, University of Chicago-educated, patriot serving in a war zone — represented the quintessential American guy. I didn’t take issue with any of those traits, except one: Catholic. I was a Protestant at the time, and I thought it absurd that a Catholic would claim the mantle of archetypal American. Sure, Catholics were good citizens, but wasn’t being American originally and fundamentally a Protestant thing?

Concerns about the irreconcilability of American republican government and Catholicism are nothing new. Charles Carroll, the only Catholic to sign the Declaration of Independence, was forced to defend himself against charges that his allegiance to the pope would undermine his loyalty to the new nation. As Christopher Shannon, professor of history at Christendom College, explains in his new book American Pilgrimage: A Historical Journey through Catholic Life in a New World, influential Calvinist minister Lyman Beecher, in a widely read 1835 tract “A Plea for the West,” warned that immigrant Catholic hordes would exploit the power of mass democracy to usurp control of American political institutions and impose Catholicism on the country. Explains Shannon:

In sermons delivered throughout the 1820s and 1830s, Beecher reminded Protestants across denominational lines that “the Catholic Church holds now in darkness and bondage nearly half the civilized world…. It is the most skillful, powerful, dreadful system of corruption to those who wield it, and of slavery and debasement to those who live under it.”

In 1834 Beecher provoked the burning of an Ursuline convent in Charlestown, Massachusetts.

Though today Catholic institutions (including our parishes) remain frequent targets for activists and vandals, it is less because of the otherness of the Catholic faith than its identification with the patriarchal, religiously informed, traditional bourgeois norms — that is, WASPism — these ideologues aim to dismantle. Indeed, in 2022 it would be more accurate to say that rather than threatening WASP culture, Catholics are the demographic most likely to represent it.