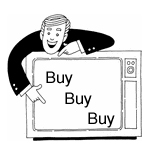 By George F. Kennan | June 1993
George F. Kennan is a scholar at the Institute for Advanced Study in Princeton, a former Ambassador to the Soviet Union, the author of 18 books, and the winner of two Pulitzer Prizes and a National Book Award. The above article is excerpted from his recently released Around the Cragged Hill: A Personal and Political Philosophy. Copyright © 1993 by George F. Kennan. Reprinted with permission of the publisher, W.W. Norton & Co. Inc.

I have confidence in the general form of government established by the American Constitution, and my preference is for this form of government, with the various checks and bal­ances and assurances against distortion into oppressive rule that it contains, over other forms of government that do not provide comparable safeguards. To have this confi­dence and this preference is not, however, to assume that this form of government could not be affected by radical changes in the technolog­ical and social environment in which our socie­ty is called upon to function; and it is not to say that to meet these changes successfully would not call for adjustments in existing gov­ernmental outlooks and policies. When problems arise in the life of a nation of such seri­ousness that they seem to jeopardize its very future and to undermine the confidence of a great many of its citizens in the soundness of its political institutions, and when the govern­ment confesses itself, explicitly or implicitly, unable to cope successfully with these prob­lems, then one has no choice but to question the adequacy of Western democracy itself, as we know it, for responding successfully to the changing environmental conditions in which it is obliged to exist.

That there are a number of American problems that meet this description seems to me to be beyond question. The list would in­clude such things as environmental deteriora­tion; the decline of educational standards; crime; drug abuse; in general, the dreadful conditions in the urban ghettos; the national budget deficit; the continued inability of our government to meet its financial obligations without massive borrowing at the expense of future generations; the decline of personal sav­ings; and, in general, the excessive depend­ence on credit to sustain both governmental and personal activity. And beyond these, there are also troublesome societal conditions: atti­tudes of hopelessness, skepticism, cynicism, and bewilderment, particularly among the youth — that have led many observers to characterize this society (and, I think, not un­justly) as a “sick” one.

Some of these problems have an obvious relation to governmental responsibilities, fed­eral and local, in the sense that their possible solutions are ones that would lie within the traditional competence of public authority to bring about. Others are rooted in social condi­tions for which public authority has not tradi­tionally been seen as bearing any responsibili­ty. These latter are ones that have their exist­ence in the assumptions, the aspirations, the expectations, and the habits of thought of great portions of the citizenry. It is with them in mind that I venture to call us a people of bad social habits.

I could not undertake to examine all these problems in detail within the limits of this lit­erary effort. There are some with regard to which I would not be competent to do so, in any case. But I am selecting two of them that stand out, to me, as particularly serious ex­amples of our present helplessness, and I shall venture, again for purposes of illustration, to suggest the sort of measures that might be required for their correction. I do this because I think they are situations that threaten not only American democracy alone but also, in one degree or another, other democratic socie­ties across the globe.

Is Adulthood in America Dead?

Consumerism smothers culture and production is a thing of the past. Is it any wonder that men of today are alienated from the very concept of manhood, and are retreating into the cocoon of childhood?