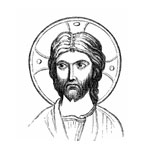 A Protestant Consideration of Icons

For the last century and a half, Western culture has become oriented around the pho­tographic image. So much are photographs part of our lives that we scarcely give them a second thought. From where you and I are now sitting we are probably within arm’s length of a photograph of some sort — per­haps on the front page of a newspaper or the cover of a magazine. Even the bound collec­tions of paintings by Edward Hopper or Geor­gia O’Keefe lying on the coffee table contain photographic reproductions of their art.

It is the rare person nowadays who does not have hundreds of photographs of loved ones. Moreover, nearly all of us are able to relive our own lives by perusing old photo­graphs from our infancy up to the present. But it is when, say, a cherished grandmother dies that our continued possession of her pho­tographic image becomes most precious. To see her face smiling (or grimacing) at us through the camera lens is to rescue a part of her from death. It is a way not only of rein­forcing a memory, which might otherwise fade with the passing of time, but of making that person present with us in a vividly visual way.

My father was born on the island of Cy­prus. In 1974 virtually all of our relatives there lost their homes when Turkey invaded and oc­cupied the northern third of the island, includ­ing their hometown of Famagusta. In the space of a few short days they became refugees and had to begin their lives anew in Limassol, Larnaca, and other cities in the south. To be exiled from one’s home is catastrophic. It is not simply a matter of losing material things, which are replaceable, but of being radically alienated from a settled community with its sense of security and belonging.

Something happened a year later to un­derscore the poignancy of this situation: My maternal grandmother died. We had grown up with her, and in the weeks following her death we pored over the old photo albums, reviewing the life of this woman we had loved so dearly and were now missing so much. Looking at her photographs could not literally bring her back, but they somehow brought us back to her at the various stages of her earthly journey and allowed us to keep something of her for ourselves. Possessing her image some­how made the Christian doctrine of the Resur­rection of the Body seem more plausible — less a leap of faith than it might have been for our pre-19th-century ancestors. It also bridges the generations in a way that was unavailable to our more distant forebears: Her great-grandchildren are able in some way to know this woman whose life entirely preceded theirs — to experience her smile and perhaps to see something of themselves in her.