Volume > Issue > A New Catholic Looks at His New Church 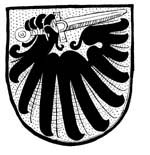 A New Catholic Looks at His New Church

THE GUTTING OF OUR CHURCHES & OUR THEOLOGY

By Timothy P. Collins | June 2003
Timothy P. Collins, M.D., of Chesapeake, Virginia, is Board Certified in Family Practice and in Anatomic and Clinical Pathology, and is a Fellow of the College of American Pathologists. He was received, along with his wife and three children, into the Church in 1999.

In Naples, Italy, there are hundreds of churches. They come in all shapes and sizes, and the newest are a hundred years old. The oldest date back to the times of the Church Fathers: Parts of the Cathedral of Naples are 1,500 years old, and used construction materials from pre-Christian times. Well over a thousand years separates the groundbreaking dates of the oldest and newest of these structures, yet one is struck by many similarities. First, they were expensive buildings. Their builders and financiers had to make significant sacrifices to build them. Second, they all follow a common architectural plan. Third, they all make the same theological statement central to the Catholic Faith. That statement can be recognized in the smallest of the churches and in the most grand. Stand quietly in the center of the Cathedral of Naples at a time when the church is empty. Absorb the building around you. Listen to the silence of the walls, columns, ceiling. It is a vast space. Far off in three directions, hidden in the half-light, are dozens of altars and hundreds of statues and paintings; intensively studying any one of these could tie one up for months. Far, far over your head are distant windows, whose intricate stained glass you will never be able to see, letting in shafts of sunlight. And far, far ahead of you is a huge and magnificent altar of marble, with gold and silver fixtures whose monetary value cannot be determined. All of this, say the long dead builders, is our representation of Heaven. It is our feeble attempt to show the grandeur, the power, the unfathomable glory of God. And, you think to yourself, they did a pretty darn good job. But there is more: All this effort, all this vastness, all this beauty, all this work beyond reasonableness to show what Heaven must be like has a focal point. This representation of the wonder of Heaven and the glory of God focuses down on a tiny figure in the center of the magnificent altar, a figure so small you can barely see it from where you stand. It is a figure of a tiny, wretched man nailed to a cross. And once you see this figure, once your eyes are drawn to Him after trying to absorb all the grandeur around, you realize that the builders were not merely trying to represent Heaven. They wanted to show Heaven, weeping.

Every church you go into for the remainder of your time in Naples will make the same silent statement: God came down out of His glory to allow us to crucify Him. In so doing, He sacrificed Himself for us. Every single church is a testimony to this central mystery of the Catholic Faith.

In downtown Portsmouth, Virginia, there is a Catholic church built at the end of the 19th century. Though nearly new by Neapolitan standards, it has much in common with its Old World brethren. It is a grand and beautiful structure. The parishioners who built it made genuine sacrifices to do so. It has beautiful statues, gorgeous paintings, and a huge and majestic altar. The focal point of all this, as originally designed, is the same as the churches of Europe: a tiny wretched man nailed to a little cross. The builders of this church in Virginia were keeping their Faith by making the same statement that their ancestors in the Old World had been making for nearly two thousand years: the glory of God, the sinfulness of man, and what Christ did about it.

The New World builders succeeded admirably in making their statement, until they were undone by the reforms of the 1970s: One can cut between the pre- and post-Vatican II arrangements in this Virginia church with a knife. The choir loft with its beautiful wood paneling and golden light fixtures stands empty during Masses. The once thundering pipe organ now whines with guitar accompaniment. The confessional box is off to the side, rarely used. The glorious marble altar with its inlaid gold tabernacle, tall silver candlesticks, and poignant silver crucifix is off in the shadows, no longer the center of the Mass. The center of the Mass now is a plain table with inexpensive fixtures bordered by poorly trained altar girls in platform shoes. They carry a crucifix sporting a smiling Christ, arms outstretched, apparently stuck to the stylized cross at the small of His back.

The collapse of magisterial authority in the West didn’t begin with Vatican II. The Magisterium has been challenged throughout Church history, but the weakening related to the current situation dates to the 18th century Enlightenment. The frequency and intensity of the challenges accelerated in the late 19th and early 20th centuries. Pope St. Pius X forcefully confronted the Modernists in the early 20th century, and his efforts did produce results. Nevertheless, in 1962 Vatican II was convened for the purposes of aggiornamento, bringing the Church up to date. Pope John XXIII had the best of intentions, but as Pope Paul VI said, the “smoke of Satan” drifted in through the open windows, and the “spirit of Vatican II” soon came to mean dismissing pretty much everything prior to the Council as irrelevant.

Print Is Dead! Or Is It?

The news keeps getting worse — especially for newsweeklies. After eighty years in print, Newsweek…

Gifts of the Irish