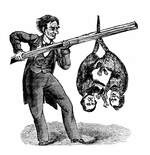 A Neo-Thomist’s Defense of Democracy

By Glenn N. Schram | January-February 1993
Glenn N. Schram, a Lutheran, taught political science at Marquette University, and now lives in Hammond, Indiana, and devotes all his time to research and writing in the area of political philosophy. His articles have ap­peared in the Journal of Politics, Comparative Poli­tics, and other journals.

Yves R. Simon (1903-1961) was one of two neo-Thomist philosophers who mounted origi­nal defenses of democracy; the other was Jacques Maritain. Simon vindicates democracy in his classic Philosophy of Democratic Government, in which he also brilliantly defends au­thority. At a time when writers of a variety of philosophical persuasions are chipping at the foundation of Anglo-American democracy in the thought of John Locke, Simon’s book ought to be welcomed by adherents of democracy. It should also be welcomed by persons con­cerned about the almost universal attack under which authority finds itself today.

Simon was born and educated in France but came to the U.S. in 1938 to serve as a vis­iting professor at the University of Notre Dame. The outbreak of World War II forced him and his family to remain in this country. He taught at Notre Dame until 1948, when he joined the Committee on Social Thought at the University of Chicago. Illness forced him to retire in 1959, and in 1961 he died of cancer, leaving a large oeuvre of published and unpub­lished writings. Many of the latter have since been published through the tireless efforts of his family and friends.

Philosophy of Democratic Government was first published in 1951. It is based on a series of lectures Simon gave under the auspices of the Charles R. Walgreen Foundation for the Study of American Institutions at the Universi­ty of Chicago. The book shows a uniformly high level of technical competence. It almost always repays the effort it demands of the reader. It is, or at least comes close to being, a masterpiece. The first two chapters are the most important, containing Simon’s defenses of authority and democracy, respectively. In the third chapter Simon espouses what he calls the transmission theory of governmental power, and the last two chapters are devoted to democratic equality and the relations between democracy and technology.

Simon’s defense of authority contrasts sharply with St. Augustine’s assertion in The City of God that the subjection of one man to another is unnatural and due primarily to sin. Simon distinguishes six functions of authority, of which he concentrates on three; while he says that the first of the three is due to human imperfection, he insists that the two others are altogether natural and would be necessary even among perfect human beings.