Volume > Issue > A Mockery of Catholicism 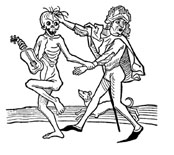 A Mockery of Catholicism

Aboard the tour boat Thousand Islander III, afloat and spiritually adrift somewhere on the St. Lawrence Seaway, somewhere in the choppy waters between Canada and the U.S., the plucking of acoustic guitar strings begins.

Reminiscent of all those folk Masses the Church has forced parishioners to suffer through (if they sing “Kumbaya” one more time…), the pianist tilts her head back and sings the lyrics to “Here I Am, Lord.”

In step with the music, a procession of sandal-clad, middle-age women winds its way from stern to bow, toward the makeshift altar, toward the so-called history-making event: the “ordination” of women into the Holy Roman Catholic priesthood. Although the ordinations are both illicit (canonically unlawful) and invalid (sacramentally null), it’s a first in North America.

With ease, the women squeeze through dozens of sweaty reporters and cameramen, past the 200-plus invited witnesses, all who had boarded the vessel in the early afternoon of July 25, 2005, in Gananoque, a small Canadian town in the Thousand Island resort area.

A mild, mid-summer breeze from Lake Ontario blows through open windows. The monotonous chug purrs from the diesel motor below.

A Mockery of Catholicism

Aboard a tour boat, a group of sandal-clad, middle-aged women thought they were being "ordained" into the Holy Roman Catholic priesthood.

"My name is Victoria Rue. And I am a Roman Catholic womanpriest." So began Mass and a 'new Catholic Community.'

The Last Rhetorical Refuge of an Intellectual Scoundrel

A writer in the outrageously compares the Church's refusal to ordain women with a Muslim mob's murder of a young woman.