Volume > Issue > A Mathematical Analysis of the Qur’an

A Mathematical Analysis of the Qur’an 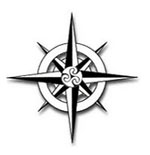 Anne Barbeau Gardiner, R.I.P., was a Contributing Editor of the NOR. Professor Emerita of English at John Jay College of the City University of New York, she published on Dryden, Milton, and Swift, as well as on Catholics of the 17th century.

Jean-Jacques Walter has written a groundbreaking book in Le Coran révélé par la Théorie des Codes (The Qur’an Revealed by the Theory of Codes), a mathematical analysis of the language of the Islamic scripture using the official 1923 Cairo edition in Arabic. Walter, an engineer with a career in technology, received a doctorate in Islamology in 2013 from the Catholic University of Toulouse, France. This book is based on his brilliant dissertation, which was approved by two Islamologists and two professors of higher mathematics.

Using scientific methods available only since the second half of the 20th century, Walter reaches several indisputable conclusions about the Qur’an. The mathematical theory of codes, which made possible the use of computers, the Internet, and cable television, can be applied to written texts. Texts have a “signature,” or a kind of DNA, that allows us to determine (with a certitude that can reach 999,999 out of a million) whether, for example, a book was written by Hugo or Balzac. It can also help us determine whether a book was written by one or several authors. The letters that occur in the text, whether singly or in double or triple combinations, are turned into a vast collection of numbers and then, by means of a highly complex mathematical procedure involving billions of calculations per second, are turned into a “signature.”

The Qur’an is a rhapsodic work: Its 114 Suras follow one another without logical or chronological order; they also contain mixtures of fragments from various themes and different histories. In Walter’s analysis, the 6,237 verses of the Qur’an were first assembled into homogeneous subgroups, such as the paraphrases from the Bible, which form 15 percent of the Qur’an. Then its 700,000 letters were divided into 1,483 “words,” each containing around 500 letters. Each “word” became a dot in a multidimensional space, as depicted in nearly 40 graphs. A mathematical tool called the “analysis of Fourier” was used, whereby the “signature” created by the “words” forms a sort of comb called “the specter of rays.” From his extensive analysis, Walter found that the Qur’an was formed by the aggregation of 26 different sources characterized by their style. Nine of these had a single author; the rest had several authors. Walter concludes that the Qur’an has the traces of at least 30 authors.

Perhaps the most valuable discovery in this work is that the so-called tolerant verses of the Qur’an have not been “abrogated” after all. Muslim theologians have used the concept of “abrogation” to resolve the contradiction between tolerant verses (such as 2.256, which says there should be no constraint in religion) and violent ones (such as 4.89, which says Muslims who abandon Islam must be killed, a verse interpreted to include women who love or marry non-Muslims). Muslim theologians have said the tolerant verses are from Muhammad’s life in Mecca and are “abrogated” (mansuh) by the violent ones from his later life in Medina. But the abrogation verses (2.106, 16.102, and 22.52) are interpolations made centuries after Muhammad’s death. Moreover, the sequence of Mecca and Medina — established by Persian grammarians in the early ninth century to justify wars of invasion against the Dar al-Harb, or non-Muslim nations — has no basis in reality. Walter’s decisive analysis of 467,000 letters supposedly from Mecca, and 232,000 letters supposedly from Medina, shows that there is no difference between those texts.

History of the Qur’an

The name Muhammad occurs only four times in the Qur’an, in Suras 3, 33, 47, and 48, and a scientific analysis of these verses shows that the name was an interpolation by a single author. (By contrast, the name Christ occurs 49 times in the Qur’an.) The name Muhammad first appeared on a coin in the year 685, fifty years after his death, but on it he is not called a prophet or the founder of Islam. In 692 his name appeared on the Dome of the Rock, where he was called a prophet. It is not until two centuries after Muhammad’s death that he is frequently called the prophet or founder of Islam. In Arabia, 677 texts on stones have been discovered relating to Islam in the seventh and eighth centuries: Muhammad is mentioned only 12 times in the seventh-century texts, and 52 times in the eighth-century texts. On top of that, there is no complete version of the Qur’an before the ninth century, and the text is not fixed until 933, three hundred years after Muhammad’s death.

Most Islamologists say that Uthman, the third caliph, made the first collection of the parts of the Qur’an around 646, when General Hudayfa (who was conquering Armenia) wrote to him about Muslim soldiers fighting one another over the words to be recited in prayer. Uthman asked one of Muhammad’s wives for her collection of texts and ordered all other versions destroyed. Among those eliminated was Fatima’s mushaf (an Ethiopian word for the first collection of the Qur’an), which was three times the size of the present version.

Al-Haggag, who conquered Mecca, produced his own Qur’an in 692, forty-five years after Uthman’s, and sent copies to the six capitals of the empire. Al-Haggag’s version was received with violent opposition, for he had dropped many verses, added others, and introduced diacritic signs for the first time. He ordered all previous versions destroyed. In addition, the caliphs suppressed all other surviving versions in the tenth century.

Even the documents related to the formation of the Qur’an during the first two centuries of Islam were systematically destroyed by the caliphs, while documents from those same centuries have survived among Greeks, Latins, Hebrews, Armenians, and Copts. There was, in fact, an eighth-century Muslim history of the formation of the Qur’an written by Ibn Ishaq at the command of al-Mansur, but all 15 versions of Ishaq’s work have disappeared, though some of it survives in the Sira of Ibn Hisham, who died in 834. K.H. Ohlig, of the University of Saarland, Germany, thinks that Arab texts dated as seventh- and eighth-century works are actually from the ninth century.

Muslim and Western Islamologists have different accounts of the formation of the Qur’an. Muslims claim it is “uncreated.” They say it contains the words spoken by Allah in the Arabic language before the creation of the world, which were dictated word for word to Muhammad. (Historically, the Arabic language evolved 1,500 years ago from the Semitic language of Hedjaz.) Muhammad died in 635, and the claim that the Qur’an was “uncreated” appeared a century later, in 750, and was imposed as a dogma around 800. But from 833 to 847 three caliphs rejected that belief. During their reigns, the Mutazilites, who emphasized reason, flourished. After 847 the dogma of the “uncreated Qur’an” returned and was imposed in 920. To this day, a Muslim who contests this dogma is considered an apostate deserving of death.

Western Islamologists point to the 315 verses (prayers) spoken to, rather than by, Allah as contradicting this dogma. Some of these verses were written before 750, so when it became a dogma (around the year 800) that Allah was the only speaker in the Qur’an, the word “Say!” was added right before these prayers. But then, in the time of the Mutazilites, 135 more verses were added, which were not spoken by Allah, precisely to deny that the Qur’an was the “uncreated word of God.” These verses have a different “signature” from the rest of the Qur’an and do not have “Say!” before them.

Aramean, the Nazarenes & the First Muslims

The word Qur’an derives from the Aramean word queryana, meaning a collection of liturgical texts. The initial followers of Muhammad were called Mahgraye, Aramean for emigrants. In addition, 20 percent of the Qur’an is regarded as incomprehensible, but according to several Islamologists, including A. Mingana and C. Luxenberg, these verses can be clarified by explicating them in Aramean, which was the language of culture and diplomacy in the Near East in the seventh century. Theodor Nöldeke surmises that the first Qur’an was written in Aramean and later translated into Arabic. From his own research, Walter determines that although 73 percent of the Qur’an seems to come from Arab sources, 21 percent comes from an Aramean source, the Jewish-Christian sect called Nazarene, which both Jews and Christians regarded as heretical. The Nazarenes, who lived in Syria, observed Jewish laws but accepted Jesus as the Messiah. Amazingly, their ancient theology is identical to that of contemporary Muslims, and so is their liturgy: Pierre Perrier has identified the liturgical refrains of the Qur’an as derived from the Nazarenes.

Walter explains that the “signatures” of the qur’anic verses on Christ, paradise, and women are from a single author and are different from the rest of the Qur’an. With regard to Christ: Both Nazarenes and Muslims deny Christ’s divinity and His crucifixion. Both teach that Christ is a warrior still alive and waiting in Heaven for the end times, when He will come back to lead an army of the just against the impious. Muslims say that Christ will aid the Mahdi (a word meaning “the well guided”) in that war, but Anas Ibn Malik (612-709), who was very close to Muhammad, said “the Mahdi will be Christ himself.” Although Muslims place Muhammad at the center of their religion, they do not see him leading the ultimate battle.

With regard to paradise, both Nazarenes and Muslims agree that after the last battle, Christ will rule for 400 or 1,000 years in a paradise featuring abundant food and wine, as well as beautiful women and boys. Both proscribe the use of wine on earth but expect to enjoy it in paradise. Both limit the number of wives to four and forbid women to go out of the home without a head scarf.

There are 13 uses of the term nasara in the Qur’an. Interestingly, most are interpolations meant to hide the reality of the ancient Nazarenes at the origin of Islam by making the term mean “Christian.” But there are contradictions, as between Sura 5.72 and 5.82. In the former, nasara are idolaters; in the latter, they are friends of Muslims. Walter notes that Muhammad Hamidullah, who translated the Qur’an into French in 1959, frankly translated nasara as Nazarene, that is, the Jewish-Christian sect.

Finally, it should also be mentioned that both Nazarenes and Muslims agree in condemning Christians as “associators” (musrikun). There are 108 qur’anic verses vituperating us for associating Christ with God. In his scientific study of these texts, Walter finds that the call to monotheism, the Jewish legends, and the condemnation of musrikun in the Qur’an all come from the same author, a person who was virulently anti-Christian and who used monotheism to justify it. While Nazarenes spoke of the Holy Spirit as the “Mother of Jesus,” Muslims misunderstood the phrase and to this day accuse Christians of placing the Virgin Mary in the Trinity as a goddess.

In his conclusion, Walter notes that Claude Tresmontant and Jean Carmignac, on a linguistic basis, show the Gospels to have been written ten to twenty years after the death of Christ. The former argues on the basis of the Hebrew version, the latter on the basis of the Aramean. By contrast, the Qur’an evolved into its present form over the course of two centuries — not two decades. My hope is that Le Coran révélé par la Théorie des Codes soon will be translated into English. It offers welcome new scientific insights into the formation of Islam.