Volume > Issue > A Light Shining in the Darkness 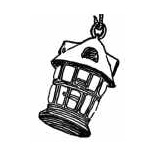 A Light Shining in the Darkness

It is with great pleasure, and no small amount of relief, that we announce that we have reached — and slightly exceeded — our fundraising goal of $165,000, which we have been trying to raise since November 2009. Our heartfelt thanks go out to all of you who contributed to our cause with donations, prayers, gift subscriptions, and renewals (yes, those count too!). Your outpouring of generosity has been a beacon of light for us in these dark days that have befallen the Catholic publishing industry. (See our Nov. 2009 editorial “How Many Victims Will the Revolution Claim?” for an overview of the problems we and our colleagues are facing.)

As we explained in that editorial, we needed to raise these funds to make up for the budget shortfall we suffered in 2009 and in anticipation of the deficit we would incur in 2010. These funds would also allow us to resume advertising in print and via direct mail. As we noted in our most recent editorial (Oct. 2010), we embarked upon several new advertising campaigns once we started closing in on our goal.

Of course, that leaves us to deal with the annual budget shortfall this year, 2011. You see, independent Catholic magazines — especially those like the NOR that do not receive diocesan, foundational, or other institutional support — will always incur a deficit. That’s simply the name of the game. Several of our colleagues have responded to this reality by cutting back the number of issues they publish; some have ceased publication altogether. Last year we undertook a small cutback ourselves, going from eleven issues per year to ten with a combined Jan­uary-February issue (such as the one you hold in your hands right now) to go with our customary July-August issue.

We don’t want to cut back any further. And we don’t want to have to beg for money year-round, every year. What options, then, are left to us, given the inevitable — and increasing — deficits we face? Compounding our problems is that the United States Postal Service, in what seems like a biennial ritual, is planning yet another rate hike this year (not for first-class mail but for virtually all other classes, including periodical postage).

Can someone who has ignored every proscription of the Catholic faith be described as being on a "faith journey"?

Catholic Moment 2012... An End to Equivocation?