Volume > Issue > A Great Catholic Film (Made By a Protestant) 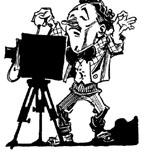 A Great Catholic Film (Made By a Protestant)

THE NINTH DAY (AVAILABLE ON DVD)

By Dimitri Cavalli | October 2006
Dimitri Cavalli is an editor and writer in New York City. He is planning to write books on both Pope Pius XII and Joe McCarthy, the late manager of the New York Yankees.

The Catholic Church has always viewed the medium of film as a powerful and important means of artistic expression. On November 19, 1998, Pope John Paul II addressed a conference on film co-sponsored by the Holy See’s Pontifical Council for Culture and Pontifical Council for Social Communications. “From its birth, the big screen…is the mirror of the human soul in its constant search for God, often unknowingly,” the Holy Father told the conference’s participants. “With special effects and remarkable images, it can explore the human universe in depth. It is able to depict life and its mystery in images. And when it reaches the heights of poetry, unifying and harmonizing various art forms — from literature to scenic portrayal, to music and acting — it can become a source of inner wonder and profound meditation.”

Since the early days of motion pictures, Catholicism has frequently interested filmmakers regardless of their personal faith. In 1898 Pope Leo XIII allowed himself to be filmed by William K.L. Dickson, the inventor of the motion picture camera and a protégé of Thomas Edison. Among the greatest films of all time are those with explicitly Catholic themes, such as The Song of Bernadette (1943), Going My Way (1944), I Confess (1953), A Man for All Seasons (1966), and The Exorcist (1973), which are personal favorites of many Catholics and available on DVD.

In recent decades, however, a change has swept through the film industry. For the most part, Catholicism is either ignored or bitterly attacked and disrespected. Fortunately, there have been exceptions, most notably Mel Gibson’s international blockbuster The Passion of the Christ (2004).

A film entitled The Spitfire Grill has just been released. We have a fascinating insight…

Depicting the Workings of Grace

Places in the Heart stands with Chariots of Fire as one of the few films in recent years with both a sympathetic and profound view of religion.