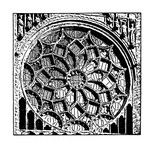 A Catholic Response to Sola Fide

By Bryan J.P. Gesinger | September 2007
Bryan J.P. Gesinger, who writes from Bakersfield, California, is a "cradle Catholic" apologist whose work has appeared in Envoy magazine (now defunct) and on the Catholic Apologetics International website.

A central doctrine of the Protestant Reformation is justification by faith alone (sola fide). Though different Protestant denominations interpret and expound this doctrine in different senses, the general consensus among Protestants remains that man is justified — i.e., made right with God — by faith alone, and that, whatever role good works may occupy in man’s life, they are not, even partially, the basis of his justification before God. Though sola fide is widely popular, and alluring even for many who do not espouse it, it is alien and contrary to the teaching of Holy Scripture viewed in its entirety, as well as to the teaching of the Church Christ Himself founded 2,000 years ago, the Catholic Church.

Granted, there is much Scripture that, read in isolation, seems to suggest at least the possibility, if not the probability, of justification by faith alone. Protestantism has been so successful and so influential for so long that its apologists have been able to devise various seemingly cogent arguments in favor of sola fide. However, they generally cite scriptural passages that attest to the seeming probability of sola fide exclusively; if they attempt to account for any of the vast number of passages that undermine the doctrine, a strained effort is made to subordinate such passages to the other, favored set.

Effective communication between Catholics and Protestants on the subject of justification by faith is often hindered by Catholics’ failing to draw necessary distinctions and patiently to recount important nuances reflected in the scriptural texts cited. Often, such omissions reinforce the suspicion that Catholics are insufficiently familiar with Scripture, while the Catholic party contends that his case is inadequately appreciated. (Often, it is inadequately articulated.) Therefore, it is necessary to take careful note of the Catholic resolution of various Protestant difficulties drawn from several controversial scriptural passages.

In the Beginning Was "Power"?

Anne Barbeau Gardiner takes on an author who has "made a career of treating the Bible sacrilegiously" and sees power, not Logos, as the ultimate reality.

Love of God & Love of Neighbor: One Commandment or Two?

Carinal Kasper grounds mercy in New Testament revelation and the Fathers of the Church. But his sources often do not say what he claims they say.

Homosexuality Is Bad? But Where's That in the Lectionary?