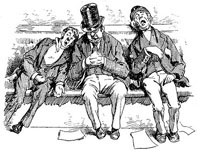 PEACE BEGINS IN THE WOMB

By Peter R. McGuire | March 2002
The Rev. Peter R. McGuire is an ordained Elder in the United Methodist Church, and currently serves Center United Methodist Church in Catawba, North Carolina. He is the author of the forthcoming book The Fruit of the Vine: A History of Methodism in the Southern Piedmont, and helped edit the 1999 volume Theology From the Belly of the Whale.

On November 9, 2001, the Council of Bishops of the United Methodist Church released a pastoral letter to the membership condemning the war on terrorism. This condemnation came in the form of the following sentences: “We, your bishops, believe that violence in all of its forms and expressions is contrary to God’s purpose for the world. Violence creates fear, desperation, hopelessness and instability.” Ultimately, this was an attempt by the bishops to be prophetic, and while it is honorable, their letter is problematic.

According to the Book of Discipline 2000, the constitution of the United Methodist Church, the first duty of a United Methodist bishop is to “guard the faith, order, liturgy, doctrine, and discipline of the Church.” The pastoral letter of November 9 borders on a dereliction of duty as defined by the Book of Discipline 2000. I say this because the bishops call for a pacifist response to the violence committed by the guilty on September 11, while encouraging violence against innocents in the womb. Through a close reading of the writings of John Wesley, Methodism’s founder, and church tradition, I will show that the Council of Bishops has strayed from both, thus moving the denomination increasingly into the position of false prophecy.

The heart of the November 9 pastoral letter quoted above is this sentence, “We, your bishops, believe that violence in all of its forms and expressions is contrary to God’s purpose for the world.” This position is not in keeping with Wesley’s own position.

According to Catholic Just War norms, if there is not strict moral certitude that a war is just and is being conducted justly, then the war is unjust.

The incongruity between her words and her actions substantially undercuts the Church's moral position on war, and has implications that go far beyond that.