Volume > Issue > Why the Second Vatican Council Was a Good Thing 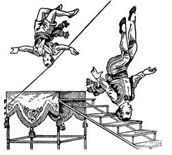 Why the Second Vatican Council Was a Good Thing

RESPONDING TO THE NEW OXFORD REVIEW

By John Lamont | July/August 2005
John Lamont, a Canadian, is a convert to Catholicism. He received his doctorate in Theology from Oxford. He is the author of Divine Faith (Ashgate), a defense of a Thomist understanding of the theological virtue of faith. He is currently a Gifford Fellow at the University of St. Andrews in Scotland doing research in natural theology.

In its June 2004 issue, the NOR asked the following question apropos of an article in Crisis magazine by George Sim Johnston: “Johnston’s subtitle is ‘Why Vatican II Was Necessary.’ We’d dearly like to know why it was. We can think of a few things that Vatican II did that were good and necessary — but only a few — and we doubt if an ecumenical council was necessary to accomplish them.” This is an excellent question that needs an answer, and this article was written to take up the challenge posed by it. It will not attempt to show that the Second Vatican Council was necessary, because it wasn’t — the Church would have survived if it had never happened — but rather that it was a good thing.

It is best to start by pointing out why the NOR’s question is a natural one for faithful Catholics. The period following the Council has been a calamitous one for the Church in most of the world. The liturgy of the Church was vandalized in ways that undermined the faith and morals of Catholics — and this is true not only of liturgical translations and unauthorized abuses, but to some extent of the official liturgical changes produced by Rome. Institutes of Catholic higher education, theologians, and religious orders became on the whole active enemies of the Catholic faith. The faithful ceased to be catechized, and only a minority of them now believe the basics of the faith — not because the majority of them are heretics, but because they accept the faulty instruction they have been given. The majority of the faithful do not follow Catholic moral principles. This is not new, but what is new is that they do not think they ought to follow them — a view that cuts them off from repentance and conversion. These calamities were promoted and even largely produced by the hierarchical leadership of the Church after the Council. Most Catholic bishops, and some curial officials, came to an accommodation with sin and unbelief, instead of opposing them. As a result, they became habitually dishonest, a trait that emerged in glaring relief when sex scandals in the Church became public. Lying comes as naturally as breathing to clerics of this sort, and they often become genuinely indignant when expected to be truthful about their actions and the state of the Church. On one topic, however, the “Vatican II” clerics are truthful. In promoting these calamities, they were not only doing what they wanted to do, they were doing what they believed they were supposed to do. Most of the damage in the Church today was inflicted by people who believed they were implementing the Second Vatican Council. Since many of these people were actually at that Council, why should we disbelieve them? How, therefore, can we escape the conclusion that the Second Vatican Council was a bad thing? A crude way of putting this conclusion is that the Council ended up with priests buggering altar boys, and it needs to be thoroughly repudiated.

The very evidence for this conclusion raises doubts. The Second Vatican Council was a valid ecumenical council, which makes it impossible that its teachings could have really given a justification for the extreme abuses that followed it. Attempts by so-called Traditionalists to demonstrate that the Council was not valid, or that its teachings should be rejected as contradicting other authoritative pronouncements of the Church, are all contrived; they involve insisting that texts which can be understood in perfectly orthodox senses must be read as making heterodox claims. They also ignore a central feature of the Council’s history, described in Fr. Ralph Wiltgen’s The Rhine Flows Into the Tiber. Several hundred of the Council Fathers became alarmed about possible heterodox tendencies in the conciliar texts. These Fathers were able to insist that the texts be framed in ways that harmonized with Catholic tradition, and that the texts explicitly state that they are meant to be interpreted in line with that tradition. This is not to say that the texts are not in some places vague, ambiguous, or simply banal; but this is not the same as heterodoxy.

This gets us some way toward showing that the disasters that followed the Council were not caused by its teachings. It does not answer the question of why the Council was a good thing. This question is made more pointed by the Council’s being professedly pastoral, one that did not define any new doctrines. Councils notoriously tend to cause pastoral chaos, so the settling of theological disputes through the definition of doctrine would seem from history to be the only thing they are good for.

Letter to the Editor: September 2009

The Faith Isn't Dead in France... The Pain of Infertility... What Affluence Has Wrought... Withholding Funeral Rites... Pushing Jews Away from Christ... In Defense of John Paul II... The Power of the Habit... and more

The Monumental Showdown Draws Ever Nearer