Volume > Issue > Why the Popes Failed to Act 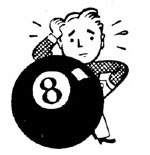 Why the Popes Failed to Act

THE NEW SAINTS & THE LEGION OF CHRIST

By Jay Dunlap | June 2014
Jay Dunlap served as communications director in North America for the Legion of Christ and its lay affiliate, Regnum Christi, from 1998 to 2006 and as a communications consultant from 2006 to 2010. He is currently President of Madonna School & Workshop, the Archdiocese of Omaha's outreach to children and adults with intellectual and developmental disabilities.

This April Popes John XXIII and John Paul II were canonized together. This moment of great rejoicing in the Church arose under a shadow, due in large part to two high-profile television documentaries that detail how the Church responded — or failed to respond — to the criminal actions of Fr. Marcial Maciel Degollado, founder of the Legion of Christ. A PBS Frontline investigation titled Secrets of the Vatican, and a documentary on Irish television titled The Legion, both dwell on the fact that three Popes — John XXIII, Paul VI, and John Paul II — failed to take action when informed of Fr. Maciel’s sexual abuse, drug addiction, and misuse of funds.

There is a good explanation for why these three Popes did not move against Maciel. The explanation does not excuse inaction, nor does it abrogate responsibility at various levels of the Vatican for having enabled Maciel’s corruption and deception. But such an explanation answers the question raised about these three Popes: Why didn’t they act?

I served as communications director for the Legion of Christ in North America from 1998 to 2006. My responsibilities included media relations and helping the Legion in crisis management. Published reports of allegations against Fr. Maciel kept me and my colleagues busy for long stretches of time. And a central part of the Legion’s response, I am convinced, explains why the three Popes ignored the allegations: “The charges had already been thoroughly examined and found baseless.” Or so we were led to believe, and so we told others.

Though Maciel had been kicked out of two seminaries prior to starting what would become the Legion in 1941, the first record we have of allegations against him comes from 1954, when a Legionary seminarian named Federico Dominguez wrote a letter to the Holy See detailing Maciel’s sexual abuse, drug abuse, misuse of funds, and more. In 1956 the Holy See sent apostolic visitators to seek the truth. Five clerics conducted the investigation. One, a leader of the Discalced Carmelites named Anastasio Ballestrero, found the Legion in “juridical chaos” but otherwise “sound.” Another, a Belgian missionary to Chile, Polidoro van Vlierberghe, was won over by the young Legionaries and became a strong defender of Maciel.

The bishop must announce to the rich and poor, to the powerful and weak the fullness of truth, which sometimes irritates and of­fends, even if it always liberates.

Fr. Maciel Is Disciplined by the Holy See: What Will the Legionaries Do Now?

Fr. Marcial Maciel, the founder of the Legionaries of Christ, is probably the most…

The grace of marriage allows the parties to become one flesh and calls forth from them the same love Christ has for His Church.