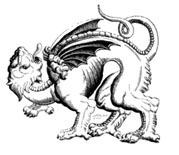 Three Cheers for the Panzerkardinal

For years, as Pope John Paul II grew weaker and weaker, your Editor has been saying intercessory prayers on a daily basis to St. Vincent Pallotti, under whose patronage the NOR is published, that our next pope would be more traditional, a much better administrator, more insistent on orthodoxy in the Church, less ecumenical, more anti-feminist, an upholder of Just War doctrine, but no less saintly than John Paul. Your Editor believes his prayers have been answered, in each and every particular.

The NOR has been in existence for over 28 years. Over the years the NOR has been subtly — and sometimes heavy-handedly — ostracized. We’ve been told to get into the “mainstream,” to take a “lower profile,” to “tone it down.” It was said that after John Paul passes from the scene, it’s possible that we’ll get a Pope who is a “reconciler,” a common grounder, one who, in the name of dialogue, may open up settled doctrinal issues. The smart money said that it would be imprudent to alienate the people who may one day be running the Church. The most obvious slap in the face had to do with our ads. Those ads, which tell the truth about the state of the Church, have been banned by several liberal and neoconservative Catholic publications. But we refused to “tone it down,” either in our ads or in the NOR itself.

But now, with the election of Panzerkardinal Joseph Ratzinger as our new Holy Father, we believe that the NOR has been vindicated. We agree with neoconservative Michael Novak that Cardinal Ratzinger is not a “neoconservative,” but rather a “radical conservative” (The New York Times, April 20, 2005).

Pope Benedict XVI will be a much better administrator than John Paul II. A Polish-American priest, who is very proud of his Polishness, told us long ago that Poles are not great administrators, with particular reference to John Paul II. This Polish-American priest also said that Germans — and Teutons in general — make for great administrators. As such, we expect Benedict XVI, a German, to be much more insistent that orthodoxy be carried out throughout the Church.

The Most Equivocal Man In Town

According to San Francisco's Archbishop George Niederauer, homosexuality had nothing to do with clergy sex abuse cases.