Volume > Issue > Note List > What Goes on Inside the Clinic 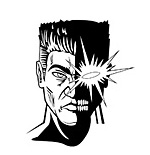 The Center for Medical Progress, a nonprofit group dedicated to monitoring and reporting on medical ethics, has released a series of investigative videos — nine as of this writing — depicting senior officials and other employees of Planned Parenthood divulging details of the abortion giant’s practice of selling the body parts of aborted babies to medical researchers. The videos, which consist mostly of interview clips, contain some gory, graphic, and stomach-churning footage of babies’ broken and disemboweled bodies. They give viewers a peek into the pure evil with which Planned Parenthood is involved. They also underscore the banality of that evil, which manifests in the bland, antiseptic, and at times even flippant or jocular way Planned Parenthood officials and technicians discuss their grisly business, and hence how they conceive of it. Here there’s precious little politically correct terminology bandied about; rather, medical and corporate speak cleanly cover over the gutting of humanity that’s taking place inside the clinics — a gutting both literal and figurative. It is viewing not suitable for the squeamish, but it is necessary, even salutary, for those who aren’t afraid to look evil in the eye.

The videos have caused a minor sensation in that they capture Planned Parenthood employees discussing facets of their operation that reliably appear to be illegal. (Minor because you’d only know about them if you follow Catholic media. The mainstream media have been reticent to report on them; even conservative Fox News filmed, shelved, and finally aired an exposé.) According to the U.S. legal code, it is “unlawful for any person to knowingly acquire, receive or otherwise transfer any human fetal tissue for valuable consideration.” Moreover, the videos make clear that Planned Parenthood abortionists routinely practice partial-birth abortions, an outlawed procedure, in order to obtain what they casually refer to as superior organ “specimens” harvested from more fully developed “products of fetal conception,” or even “intact fetal cadavers,” both of which command greater revenue on the market. (According to one video, some babies are born alive during abortion procedures, and Planned Parenthood techs take the opportunity to harvest the babies’ organs before the babies are allowed to die.) Often this all takes place without the mothers’ consent. In response, Congress has launched an investigation of Planned Parenthood.

The legality of the matter aside, the videos have prompted a renewed round of reflection regarding the nature of the abortion business — that is, its spiritual nature. The videos have prompted astute observers to reconsider a once-popular theme: abortion as a Satanic ritual. That a nexus exists between abortion and Satanism isn’t as far-fetched as it first seems — it has a biblical basis (Ezek. 16:20-21; Jer. 19:5-6, 32:35), and no less an expert than William Peter Blatty, the Catholic author of The Exorcist, the book that spawned the eponymous movie and its various sequels and imitations, called abortion “demonic” in a 2013 interview in The Washington Post. Around the same time, Jim Sedlak, vice president of American Life League, told WorldNetDaily.com that “we have always described the work of Planned Parenthood as Satanic.” It’s a theme we ourselves have explored in this section of issues past — e.g., “The Devil Laughs When Children Die” (June 2010) and “The Prayers of Moloch’s Modern Priestesses” (March 2014).

These days, even Satanists themselves aren’t shy about expressing their affinity for abortion. One need look no further than to the Satanic Temple, an organization whose evermore frequent outrageous publicity stunts are getting harder and harder to simply laugh off. The temple drew a lot of attention to itself early this year when it petitioned for the right to place on the grounds of the Oklahoma capitol a nine-foot-tall, two-thousand-pound bronze statue of Satan flanked by two children. (The $100,000 monument was unveiled in a private ceremony in Detroit that included an inverted cross suspended over a stage.)

The Bishops' New Statement on Abortion

What the Holocaust & Abortion Have in Common

On March 14, 1984, The New York Times stooped very low in its relentless campaign…