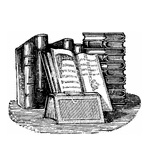 This July-August 2010 issue of the NOR contains a minor milestone. We are re-introducing herein a long-lost article series: “Vital Works Reconsidered.” Readers with long memories will recall this series, which began in 1989 and continued through 1995, when it ended with installment #18. The “vital works” were literary classics, which were “reconsidered” in light of the Catholic faith. The reasons why the original series ended so abruptly way back when are, unfortunately, lost in the mist of time. The reasons for its revival, however, are front and center.

When our current editorial team took over the reins of this magazine in 2008, one of our primary goals was to broaden the range of topics we discuss. We didn’t want the NOR to be known as a one- or even a two-trick pony, harping on the same themes article after article, issue after issue. Our mission, for example, isn’t to be a mouthpiece for the implementation of a single liturgical format or to advance the interests of the “American project.” Neither do we want to limit ourselves to chronicling liturgical horror stories or throwing cold water in the faces of imperialist dreamers. We want to do more than that. And we want to do more than merely analyze the news or investigate Church history. We want to do more than just apologetics or polemics. We want to do more than hammer heretics or present uplifting stories of saints. We want to do it all. In a word, we want to bring you the most well-rounded of all Catholic periodicals.

Part and parcel of that program is to renew our waned focus on matters literary.

But our purpose in reviving the “Vital Works” series extends beyond the pages of the magazine you hold in your hand. The intellectual well-being of our religion and our culture is at stake. You see, the battle of the great ideas has taken on a new dimension in recent decades. Ideas aren’t so much battling one another anymore; they’re battling for their very existence. Nowhere is this more evident than in the unprecedented plight of book and periodical publishers, particularly small Catholic publishers like the NOR. As we explained in our editorial “How Many Victims Will the Revolution Claim?” (Nov. 2009), we are in “the throes of a media revolution,” one in which “lifestyle trends, modern reading habits, and the diffusion of technology have collided with a worldwide economic downturn to threaten the viability of the printed word.” The media revolution, we pointed out, “is really symptomatic of a larger cultural crisis”: We are witnessing “the vanishing of great minds in Western culture.” If we stand down before the revolutionary tide, we will be left with a religious and cultural landscape bereft of great ideas, in much the same way Ray Bradbury predicted in his seminal dystopian novel Fahrenheit 451.

Simony in the Church of England

The Anglicans has fallen on hard times, both in terms of membership and finances.

Wishful thinking belongs to the Darwinians and nonbelievers. I've deduced this from their ad hominem attacks and reactions when their "religion" is insulted.

The Four Marks of a Vocation

Without prayer, without hard work, and without generosity, sacrifice would be meaningless in the life of a priest or anyone else.