Volume > Issue > To Love the Lovable & Hate the Hateful 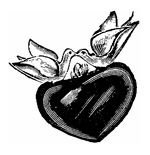 To Love the Lovable & Hate the Hateful

By Alice von Hildebrand | June 2009
Alice von Hildebrand, a Contributing Editor of the NOR, is Professor Emerita of Philosophy at Hunter College of the City University of New York. She is the author, most recently, of The Soul of a Lion (Ignatius Press; Preface by Joseph Cardinal Ratzinger), about her late husband, the Catholic philosopher Dietrich von Hildebrand; The Privilege of Being a Woman (Sapientia Press); and By Love Refined (Sophia Institute Press). She has written extensively for many Catholic periodicals and appears frequently on Mother Angelica's EWTN.

Recently I was told that a particular cardinal enjoys great popularity: “He gets along with everybody.” This was meant as a compliment, but I have my doubts. True, there are people who have a pleasant temperament; they are “jolly good fellows” and do not antagonize others. They are easy to get along with, enjoy a good meal and appreciate fine wines, and like relaxing on a golf course. They do not assume that it is their mission to correct and educate their neighbors. Such people are, no doubt, unproblematic. But one can legitimately ask whether the popularity they enjoy is a response to their inner goodness or to their comfortable mediocrity.

A witty cynic once said, “Mediocre people are always at their best.” To them it makes no difference what a person’s ideas are, as long as he’s a “nice guy,” feels good about his beliefs, and does not challenge those of others. Why should we oppose people because of their “lifestyle”? People should be left to choose their own paths; this alone would guarantee universal peace. Who can say what truth is anyway? Everyone is entitled to his opinions.

Popular people “wisely” refrain from engaging in “sensitive” topics, usually ethical or religious — the genesis of most disagreements. This explains why some of our most mediocre politicians have attained to key positions in government.

But are such people loved? The answer is that they are neither loved nor hated, for they are neither hot nor cold. On the day of their death they will be forgotten. They are not to be envied, for he who goes to his tomb without having been loved has had a sad life indeed (Schiller’s “Hymn to Joy”). Dante has severe words for such people, who “lived without blame, and without praise” (Inferno). He refers to them as “These unfortunate who never were alive….”

In the "Culture of Clinton": A Time for Defiance

Review of Vows of Silence by Jason Berry and Gerald Renner