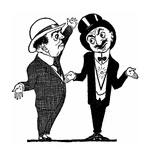 The Validity of Homosexual Vows of Chastity in Religious Life

CAN YOU GIVE UP WHAT YOU DON'T HAVE?

By Regis Scanlon | March 2010
Fr. Regis Scanlon, OFM Cap., is the director of Catholic Prison Ministry for the Archdiocese of Denver, where he is also chaplain for the Missionaries of Charity's shelter for homeless women. His articles have been published in Homiletic & Pastoral Review, The Catholic Faith, Soul Magazine, Pastoral Life, and The Priest. He has also made two series for Mother Angelica's EWTN: Crucial Questions, Catholic Answers and What Did Vatican II Really Teach?

We are all too painfully aware of the problems that homosexuality in the priesthood has caused the Catholic Church. When the John Jay College of Criminal Justice conducted its research into clerical sex abuse for the U.S. bishops in 2004, it found not a pedophilia crisis but what Dr. Paul McHugh, former psychiatrist-in-chief at Johns Hopkins Hospital, described as a pattern of “homosexual predation on American Catholic youth.” The first question that comes to mind is: Should the Church accept homosexuals into diocesan and religious seminaries and religious community life? Consideration of this question is based on the answer to a more fundamental question: Is a homosexual’s vow of chastity in religious life valid?

Since the discovery that the real problem among deviant clergy is “homosexual predation,” the Church has attempted to address the problem of homosexuality among the clergy. The Congregation for Catholic Education stated in its 2008 “Vatican Report on U.S. Seminaries” that, while homosexuality in U.S. diocesan seminaries is being appropriately addressed, “there are still some places — usually centers of formation for religious — where ambiguity vis-à-vis homosexuality persists.”

Strange as it may seem, in the past twenty years there has been only one passing statement — one sentence to be exact — by the Vatican Congregation for Institutes of Consecrated Life and Societies of Apostolic Life dealing with homosexuality in religious life. In its 1990 “Directives on Formation in Religious Institutes,” the Congregation stated, “In this context [of sexuality and formation] reasons must be given and understood to explain why those who do not seem to be able to overcome their homosexual tendencies or who maintain that it is possible to adopt a third way, ‘living in an ambiguous state between celibacy and marriage,’ must be dismissed from the religious life.”

It is unclear what the Congregation means by “reasons must be given and understood.” Is the Congregation still searching for answers to this problem? Is it not yet certain that men with homosexual tendencies should be dismissed from religious life? One does not have to think too long to discover a reason to dismiss those people “who maintain that it is possible to adopt a third way, ‘living in an ambiguous state between celibacy and marriage.'” Thirty years ago, Fr. Jan Bots explained that the “third way” is a concept that describes “erotic-sexual friendships” between priests and religious (Homiletic & Pastoral Review, June 1980). Even the ultra-progressive Dutch bishops of the 1980s were in agreement with one another and with Rome in rejecting this “third way.” So, those who advocate a so-called third way must be dismissed from religious community life because they are arguing for the right of religious to violate their vows of chastity by engaging in sexual perversion.

That’s a clear and simple case. But what about a celibate man with homosexual tendencies: Should the Church dismiss him from religious life? A religious community accepted him and perhaps even knew of his same-sex attraction. It would therefore seem to be uncharitable to dismiss an elderly religious homosexual who has no problem living chastely. More to the point, then, the Church should ask whether men with homosexual tendencies ought to be permitted to enter male religious life now and in the future.

Review of America Against Itself by Richard John Neuhaus

We Think We're Making a Difference

It looks as if Fr. Ron Rolheiser has taken our criticism to heart. He's changed his mind about the concept of universal salvation.