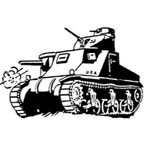 The Trials of Following One’s Conscience

A CO TELLS HIS TALE

By Thom Nickels | July-August 2013
Thom Nickels is a Philadelphia-based journalist and poet, and the author of nine books, including Philadelphia Architecture, Manayunk, and the forthcoming Legendary Philadelphians. He is the City Beat editor at ICON Magazine, a weekly columnist for Philadelphia's Spirit Community Newspapers, and a Contributing Editor at Philadelphia's Weekly Press. This article has been adapted from another forthcoming book, Harvard Square, about his experiences as a conscientious objector.

“Murder, considered a crime when people commit it singly, is transformed into a virtue when they do it en masse.” — St. Cyprian (A.D. 200-258)

When I chose to apply for conscientious-objector status in 1969 during the height of the Vietnam War, I was 18 years old and in a quandary: How was I to prove my objection to conscription based on non-religious grounds? Although raised Catholic, at age 17 I threw the baby out with the bath water and began calling myself existentialist-agnostic. Years later I would reclaim a Christian identification, but that year the challenge was to prove my objections to war based on philosophical-humanitarian principles. The law of the land in 1969 provided little hope for pacifists who did not belong to religious denominations with a marked anti-war theology.

Before 1971, the year the Supreme Court permitted conscientious-objector (CO) status for men whose pacifism was not based on specific religious beliefs, the odds were stacked against receiving the CO designation on humanitarian grounds. The road to this sea change was long and arduous, beginning about the time of the American Revolution, when pacifists were able to obtain exemptions from fighting on a state-by-state basis. In Pennsylvania, for in­stance, a pacifist was required to pay a fine equal to the amount of time he would have spent in military drill operations. When Quakers refused to pay this tax, they had their property confiscated.

Conscription became a fact of life during the Civil War; conscientious objection was not a part of the draft law. A pacifist, or someone unwilling to fight, could provide an able-bodied substitute or pay $300 to hire one. In the Confederate states there was no uniform rule for pacifists: Exceptions were rarely made for religious groups like the Mennonites, Quakers, or members of the Church of the Brethren, but overall it was an uneven patchwork; many non-combatants fled with their families into parts unknown to escape persecution.

During the Civil War, 3,989 men refused to serve. During World War I, 56,380 men either served as non-combatants or chose jail for refusing to register because they were CO absolutes, men who refused to cooperate with the conscription process at all, since alternative or civilian work service in lieu of a non-combatant status was not a viable option during “the Great War.” During World War II, 43,000 men registered as COs. Vietnam saw a marked increase: Some 173,000 men, nine percent of those inducted, registered as COs.

Why Are Things the Way They Are?

Philosophy is the quest for a knowledge of the whole. It is this knowledge that completes each of us and points us to the reality from which and in which we live.

Review of Matriarch of Conspiracy by Jane Pejsa