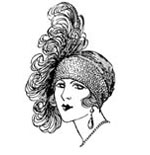 The Toxic Effects of “Rape-Culture Feminism”

ONE IN FIVE COLLEGE WOMEN SUBJECT TO ASSAULT?

By Jeffrey R. Jackson | June 2015
Jeffrey R. Jackson is a Rhode Island-based writer. He completed the Robert D. Novak Journalism Fellowship, and is the author of upcoming books on male-female relations in today's "post-feminist" society and on his life in the Catholic Church.

In the half dozen years of the Obama presidency, the nation has been beset by a whirlwind of high drama and radical changes on several fronts. Same-sex marriage will likely become the law of the entire land through U.S. Supreme Court rulings — and by way of President Obama’s direct lobbying efforts. The Affordable Care Act not only solidified funding for “reproductive health care” but has called the notion of religious liberty into doubt as religious institutions attempt to fight their way out of paying for contraceptives they view as immoral. The power of the federal government has been harnessed, like never before, to push social agendas, these two commanding the most attention.

Also at issue is the “justice” underlying the Obama administration’s efforts, via the U.S. Department of Education, to crack down on campus sexual assaults. The administration’s foray into the arena of college sex crimes was spurred by the premise that, at some point during their college careers, one out of five female students — a full twenty percent — will be subject to some form of sexual assault. On the surface, the Obama administration appears to be championing voiceless victims by confronting a problem that plagues a great many women. But a deeper look reveals that the new procedures mandated to address the situation have eroded the rights of men who are accused of sexual assault.

In the past five years, “rape culture” has become the buzz of the academy, even as rates of all sexual crimes collectively fell. Its genesis can be found in a joint study released in 2010 by the Center for Public Integrity and National Public Radio (NPR). Entitled “Sexual Assault on Campus: A Frustrating Search for Justice,” the study contains thirty-three anecdotes of campus-based rape or attempted rape. The study not only presents the aforementioned one-in-five statistic as “official” but also claims that college administrations often brush aside alleged victims, including some of the thirty-three noted in the report. It alleges that administrations have erected bureaucratic barriers against the complainants in order to protect sexual perpetrators — all in the interest of preserving the college’s reputation.

After releasing the study, NPR approached the Office of Civil Rights of the U.S. Department of Education (DOE), presented their troubling “findings,” and demanded answers. Some of the thirty-three women cited in the study had already complained directly to the DOE in previous years — after their charges were found to lack merit by their colleges — accusing their respective colleges of violating Federal Title IX anti-discrimination protections. But the DOE had likewise rejected their allegations. Yet, in response to the 2010 NPR report, then newly appointed assistant secretary of the DOE’s Office of Civil Rights, Russlyn Ali, pledged that her office “will use all the tools at our disposal…including withholding federal funds [to universities] to ensure that women are free from sexual violence.”