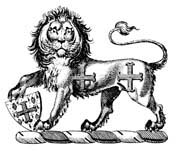 The Threefold Body of Christ

HOW DO WE ENCOUNTER JESUS?

At the heart of the Catholic faith is the perduring truth that the Word became flesh and still dwells among us. Who promised that He would never leave us orphans? Which Divine Person of the Sacred Trinity vowed to be with us on earth until the end of the age? It was God-made-flesh who spoke such literal, unalterable words; it was the incarnate Son who vouchsafed His real, and thus physical, presence to those who would live after He ascended to the Father.

The entirety of the Christian faith, most obviously and faithfully expressed in the Catholic Church, hinges on the fact that God assumed creation to Himself in an unmatchable and eternal way. In fact, Christianity must be seen as the most materialistic of all creeds: At creation, the Triune God invented matter; in the Incarnation, the Son of God hypostatically united matter and all that is human to Himself; and at the end of all the ages, the same God promises an eternity that does not discard creation but is best described as a new Heaven and a new earth.

Many years ago, as a student at Marquette University in Milwaukee, I was walking down Wisconsin Avenue when a young man approached and asked me if I was saved.

“I certainly hope so,” I replied, giving him the only orthodox Catholic answer. Then I goaded him, “Surely you’re saved?”

To which he replied, “Of course.”

“How are you saved?” I inquired.

“By the body and blood of Jesus Christ.”

I probed further, asking where he encountered this body and blood.

“Yes, encounter! Body and blood are the kinds of things you can touch and see and even taste.”

“Oh, no,” he assured me, “you don’t ever meet Christ that way. He comes to us spiritually.”

“Whoa,” I interrupted. “It is the Holy Spirit’s role to come to us spiritually, for that is His nature, pure Spirit. But the enfleshed Son of God must come to us as He now is, as an embodied Savior whose very self He gives us as our only true food and drink.”

We argued, we disagreed, we parted.

From there I walked a few steps into the basement crypt of Marquette’s beautiful Gesù Church and broke down crying for joy. For the first time, I finally understood what Sister Pam was trying to teach us in second grade about the Mass and our celebration of the Most Holy Eucharist. This is how the incarnate Son of God keeps His promise to be with us always (cf. Mt. 28:20), never to leave us orphans (cf. Jn. 14:18). Challenge your non-Catholic Christian friends on how Jesus Christ comes to them. How do they commune with the Word-made-flesh? Is it only spiritually? Then how is the presence of the Holy Spirit different in their lives than the presence of Jesus Christ?

Look who's back -- and he's pontificating again. Like a moth to a flame, it seems Deal Hudson can't keep himself away from the limelight.

Letter to the Editor: Novemember 1996