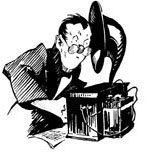 BUYING INTO THE LIE

By W. Patrick Cunningham | October 2015
W. Patrick Cunningham, a deacon of the Archdiocese of San Antonio ministering in St. Pius X parish, is celebrating his fortieth anniversary of writing for national Catholic publications. He and his wife, Carolyn, have been married for forty-four years and have three daughters and ten grandchildren.

“What is truth?” was Pontius Pilate’s cynical query to Jesus. It’s a cynicism that persists to this day, and the same denial of objective truth by a governing authority that ultimately allowed our Lord’s crucifixion underlies the past fifty years of U.S. Supreme Court decisions in the realm of marriage and sexuality. The Court’s clear trajectory of falsehood first appeared on June 7, 1965, with Griswold v. Connecticut, and most recently manifested in Obergefell v. Hodges, a decision that forced a redefinition of marriage throughout the nation.

The Griswold ruling struck down a poorly written Connecticut law that forbade the dispensing of contraceptives in that state. Justice William O. Douglas, an avowed secularist and serial adulterer whom Time magazine called “the most doctrinaire and committed civil libertarian ever to sit on the court” (Nov. 24, 1975), wrote for the seven-justice majority that “specific guarantees in the Bill of Rights have penumbras, formed by emanations from those guarantees that help give them life and substance.” Married couples, he argued, have a “right to privacy” that is not specifically written into the Constitution, and this right prohibits the government from interfering with their private “healthcare” choices, including whether or not to obtain birth-control devices and drugs.

Griswold was popular with both politicians and the public. After all, everyone values privacy. The federal government, headed at the time by Lyndon B. Johnson, wanted birth control to be available to, even mandated for, the poor as part of the “War on Poverty.” Baby Boomers — a great many of whom were born Catholic — were entering their reproductive years, and the last thing the ruling WASP class wanted was another huge generation of Catholic voters. So the new contraceptive pill was promoted as something Catholics could use. A corps of Catholic doctors, led by ob-gyn John Rock, and liberal Catholic theologians like Marquette University’s Daniel Maguire, pushed the pill as a “moral birth control option.” (Ever since Henry VIII’s “great matter” of divorcing Catherine of Aragon, there’s always been a phalanx of academics eager to nose out loopholes in God’s law.) So there was almost no pushback against Griswold. The camel’s nose was in the tent.

With contraception legal, the sexual revolution hit America with full force. The popular culture was primed for it. Rock ‘n’ roll (the term itself is slang for sexual liaison) was a major cultural force at the time, and its lyrics routinely celebrated premarital sex. Yet, with widespread sex comes the risk of widespread pregnancy, and soon the “failures of contraception” (out-of-wedlock children) were becoming a large social problem. Abortion advocates demanded a remedy for a situation they had been instrumental in causing. Planned Parenthood, which had advertised its position against abortion prior to Griswold, began to support abortion openly.

Review of The End of the Modern World

In a statement to the Pontifical Academy of Sciences on October 22, 1996, the Pope…

Waugh never attempted to palliate his sins or weasel out of their consequences; he believed in the fallen state of man because he clearly discerned his own bent nature.