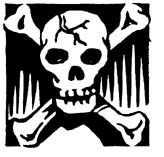 By Tom Bethell | April 2005
Tom Bethell is a writer who lives in Washington, D.C.

Last fall the Vatican published a Compendium on the Social Teaching of the Church. Drafted by the Pontifical Council for Justice and Peace, it summarizes social encyclicals and treatises published over the past hundred-odd years. Its standing is not equivalent to that of the Catechism, but it collects many papal thoughts on social teaching, and that gives me an excuse to collect some of my own.

The modern era of Catholic social teaching is normally reckoned to have begun with Leo XIII’s Rerum Novarum (1891). In retrospect, I believe, that era will be seen to have lasted for 100 years, ending with John Paul II’s Centesimus Annus (1991). The intervening century corresponds to the time when many Western intellectuals fell under the sway of collectivist doctrines, ranging from Communism to Marxism to socialism. Fabian Essays in Socialism, edited by George Bernard Shaw, came out in 1889; the Soviet Union dissolved in 1991, a few months after Centesimus Annus was published. Between these two milestones there were half a dozen or so important social encyclicals, each usually marking a new decade.

Rerum Novarum strikes me as by the far the best. This is not so much because of its excellent defense of private property or its repudiation of socialism. More importantly, it is the document that remains most closely in touch with the true mission of the Catholic Church: the salvation of souls. Subsequent documents seem to move away from this all-important goal, reaching a nadir of sorts with Paul VI’s Populorum Progressio, a socialist document through and through. It appeared in 1967, when the attention of many Catholics was being directed away from personal sanctity to issues of “social justice.” A concern for holiness was sometimes even cast as selfish and individualistic.

My purpose here is not to contrast the moral merits of socialism and capitalism or to criticize particular papal judgments about economic matters. My sense, nonetheless, is that a serious misunderstanding runs through most of these encyclicals, most (not albpof the time. It is this: That the great social problem that besets the world, particularly the Catholics to whom the documents are primarily addressed, is an insufficiency of material goods. We encounter this right off in Rerum Novarum. Here the great concern was for the increasingly visible working class.

“All agree,” Leo XIII wrote, “and there can be no question whatever, that some remedy must be found, and quickly found, for the misery and wretchedness which press so heavily at this moment on the large majority of the very poor.” Working Men (capitalized in the originabphave been given over, “isolated and defenseless,” to the “greed of unrestrained competition.” A small number of “very rich men have been able to lay upon the masses of the poor a yoke little better than slavery itself.”

Pesch designed an economic system that is opposed to both liberal capitalism and state socialism and is based instead on Aristotelian-Thomistic philosophical premises.