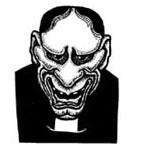 According to a recent poll conducted by Ipsos MORI, trust in members of the clergy in the U.K. has fallen substantially over the past 30 years. Clergy are now the 10th most trusted profession in Britain, ranking below television newsreaders, weather forecasters, nurses, and doctors. Still, more Brits trust clergy than do not. Sixty-five percent of respondents said they trust priests and clergy to tell the truth — a 20 percent drop from 1983 — while 30 percent said they do not trust them to do so, giving clergy a net approval rating of 35 percent. Priests still rank far above politicians, however, who only scored 17 percent, and journalists, who scored 27 percent. The figures come as religious observance continues to decline in Britain. In an earlier survey by the National Centre for Social Research, 53 percent of British adults described themselves as having “no religion” (Catholic Herald, Dec. 4).

Evangelical Lutheran leaders in Sweden say the faithful should not refer to God as “He.” The Church of Sweden instead wants its ministers to use the generic “God.” They also don’t want preachers using “Lord” because it implies that God is masculine. An update to the denomination’s Book of Worship, approved by 251 leaders, instructs pastors to no longer open services “In the Name of the Father, and of the Son, and of the Holy Spirit,” but to use the gender-neutral phrase “In the name of God and the Holy Trinity.” Archbishop Antje Jackelén praised the decision, claiming that God is “genderless,” despite the fact that Jesus was a man and that He addressed God as Abba (“Father”). Jackelén, who has led the Church of Sweden since 2013, said, “God is beyond our gender determinations” (LifeSiteNews.com, Nov. 28).

The search is on for the author of a new book about Pope Francis that accuses him of being a “dictator” (Catholic Herald, Dec. 5). Published as an e-book in English and Italian, The Dictator Pope was penned by the pseudonymous “Marcantonio Colonna,” the name of an admiral who fought in the Battle of Lepanto. This Colonna claims to be an Oxford-educated historian based in Rome. His book tells the story of Francis’s pontificate, as well as his life before becoming Pope. It interprets Francis as a particularly Argentine figure, “Juan Perón in ecclesiastical translation.” Colonna claims that the Pope has become unaccountable and that the atmosphere within the Vatican is primarily one of fear. He compares Francis to Paul IV, “a zealot for religious poverty” whose papacy “ended in political scandal and popular riots against his violent unpopularity.” Journalist Tess Livingstone wrote in The Australian that the book’s publication has “sparked a frantic witch-hunt” in Rome.

We Catholics have nowhere near the influence that our numbers and organization would suggest. Man for man, woman for woman, the U.S. Catholic community has a surprisingly modest impact on American public life.