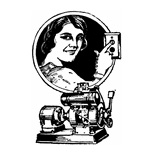 By Joseph K. Woodard | December 2008
Joseph K. Woodard, Ph.D., is the father of nine, the academic dean of Living Water College of the Arts in rural Alberta, Canada (scheduled to open in the summer of 2009), the former religion editor of the Calgary Herald, and vice president of the Canada Family Action Coalition.

This month marks the fortieth anniversary of a most influential yet little known manifesto. Published in the December 13, 1968, issue of Science, Garrett Hardin’s revolutionary essay “The Tragedy of the Commons” has proven a major moment in the ongoing transmogrification of Western civilization from regimes of vaguely Christian citizenship into autonomous public administrations bearing the sovereign authority of science. In barely a dozen pages, cited ever after in countless public-policy articles, Hardin, a University of California at Santa Barbara biologist, argues the iron necessity of the political regulation of human fertility to avoid “the evils of overpopulation.”

In “The Tragedy of the Commons,” Hardin means to dig out the very roots of modernity and “explicitly exorcize the spirit of Adam Smith in the field of practical demography” — which is to say, spontaneous, autonomous natural parenthood. He argues that there is no “technical solution” to the problem of overpopulation and pollution; the newly invented Pill will not in itself reverse the glowering Malthusian storm. Individualistic rationality, says Hardin, inexorably leads to the overuse, overcrowding, and destruction of the “commons,” mankind’s shared resources. This “tragedy of the commons” is never more inevitable than in the case of “the desire for children,” the “commons in breeding.” Hardin insists that a “moral solution” is urgently needed.

The term “moral” might suggest public education in the virtues of birth control. But Hardin’s argument runs deeper. In a regime of free morality, in the long-run, cheaters always win. A few unrestrained breeders will soon outnumber the responsible rest. Further, public morality always involves an appeal to guilt. As our erstwhile Puritanism (the “dreadful Dark Ages of Eros,” as he calls it) proves, the guilt unleashed by such moralism always has “pathogenic effects.” So Hardin rejects the use of public “propaganda” and its self-defeating cultivation of anxiety in individual consciences. The only “moral” alternative is administrative. New “social relationships” are needed, arising through the implementation of — wait for it — “coercive legislation.” Clear scientific facts (or projections) must lead to such a “recognition of necessity.”

For all its misrepresentations and false dichotomies, Hardin’s essay cannot be dismissed as a mere jeremiad. Hugh Hefner once described himself as a “pamphleteer” of the sexual revolution, while Alfred Kinsey was its “philosopher.” The same sort of relationship exists in the environmental movement between Rachel Carson’s 1962 book Silent Spring and Hardin’s manifesto. In the name of “necessity,” he invokes the ultimately disastrous consequences of bourgeois freedom. Bound within an impoverished dichotomy of a laissez-faire market versus a coercive administration, he heralds a fundamental, still ongoing revolution in thought, discrediting the entire logic of the democratic-republican regime of free citizenship, in favor of — what?

More Sensitive Than Thou

Use of the word Pharisee is "an old Christian parody"?

A Protestant Looks at Catholic Schools

Since Catholic schools account for almost half of all private schools in America, anyone who…

Intimate Memories of the Late Pope

The Pope went boldly into the public square because he couldn't see the Church confined to the sacristy. He thought the Church should be wherever "man is."