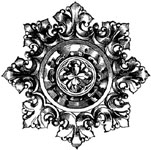 SEND AWAY THE CLOWNS

A Christian who has not at some time felt a sharp twinge of annoyance at the antics of that disparate group of humbugs who can be loosely described as “neo-pagans” can only be a Christian of the most privileged isolation or of the most phlegmatic disposition. As “Goddess” spirituality finds a secure home in religious studies departments and chain bookstores, as the “solstice” nudges Christmas out of Episcopalian cathedrals, Celtic music festivals, and PBS children’s programming, and as C.E. replaces A.D. in academic books, a Christian cannot help but suspect that there are a great number of people with a great deal of influence in public life who would like to see the name of Christ removed from any position of eminence and submerged in a sea of other names.

This displacement is often termed a restoration, especially in the case of festivals, where neo-pagans claim to be restoring the real meaning of such latterly Christian holidays as Christmas, Easter, and All Souls Day. In fact, neo-pagans seem little interested in the serious pursuit of the ethics or traditions of true pre-Christian paganism. Instead, we are faced with a sort of “cafeteria paganism,” where isolated practices, such as the exposure of newborns, are plucked from context and misrepresented, in order to provide a plausible precedent for departing from current Christian practice. Cafeteria paganism is reminiscent of the “in Europe” argument, the argumentum per Europaeum, where the mythical ideal European is conjured up in order to ridicule some current American practice: “In Europe they think we’re crazy for….” For what? For anything: impeaching Clinton, criminalizing drug use, censoring television, not censoring television. The beliefs of “the European” do not reflect any actual continental consensus; he is a mythical man, created purely for the sake of argument, and when the argument is over he will return again to the shadowy realm of nonbeing. So with the “pagan” of contemporary neo-paganism: A mythical man with superior virtue, truthfulness, and refreshingly moderate modernity is created to reproach the Christian. When the mythical man has done his duty and driven the apologetic Christian from the field, he retires until needed again. This is an amusing spectacle. Politics makes strange bedfellows, but none stranger than this Anything-But-Christianity alliance, as anyone knows who remembers the profoundly unreflective materialist Carl Sagan, in his pop-science series Cosmos, shedding tears over the fifth-century neo-Platonic philosopher Hypatia of Alexandria, somehow his spiritual colleague for the moment.

When the search for pagan allies proves too onerous, neo-pagans may resort to the wholesale invention of a suitable past. This is especially true in the case of the Goddess or Wicca movement, as reported by Charlotte Allen in her article “The Scholars and the Goddess” (The Atlantic, Jan. 2001). For some years devotees of the religion of the “Great Goddess” had claimed that their faith was the oldest in the West, with an unbroken descent from the primordial religion of Europe, whose adherents worshiped the Mother Goddess and the Horned God. Allen describes a successful two-pronged assault on this notion, whereby scholars demonstrate first that modern “Goddess feminism” does not have roots in the dim past, but was rather the invention of some very odd gentlemen of the 19th and 20th centuries (Gerald Gardner and Aleister Crowley among them), and second that there was never any such universal religion of the Great Goddess in existence. Allen tells us that even Starhawk, who did so much to popularize the Goddess myth in The Spiral Dance, has come to admit that the story of Wicca’s origins is more an inspirational fable than history. Not surprisingly, this admission has not appreciably diminished the influence of the Goddess movement. Clearly, this is not a matter of neo-paganism attracting sincere belief, but of the Great Alternative to Paganism (i.e., Christianity) compelling explicit rejection.

The Christian is likely first to reject this elaborate pretense of religious belief, accompanied as it always is by immoderate attacks on the history and teachings of Christianity, as nothing more than a deliberate systematic affront to Christ and His Church. This is especially true when the ersatz believers begin demanding — and receiving — first equal, then superior, respect for their assumed religion in schools, on military bases, in the media, in cultural institutions, and at last even in some Christian churches themselves. There is another insult to be redressed, however, an insult that is too often forgotten. Among the injured parties here are the pagans themselves, our blood-relatives, our European ancestors, patres nostri, who struggled so manfully (to use a paleo-pagan concept) in the absence of revelation, who committed many terrible sins but at some times and in some places achieved a greatness that has commanded admiration and gratitude throughout the Christian centuries. We their children, as the beneficiaries of their virtue and piety, have surely the solemn filial duty to remember their story, the drama of exiled, fallen man locked in a seemingly endless and hopeless struggle with evil in a fallen world. As G.K. Chesterton said in The Everlasting Man (an account of the war between Rome and the Baal-worshiping, baby-sacrificing Empire of Carthage), “if the passage from heathenry to Christianity was a bridge as well as a breach, we owe it to those who kept heathenry human.” Without necessarily following his judgment on the relative virtues of Rome and Carthage — though remembering that those judgments of Chesterton that appear the most recklessly sweeping often turn out to be the most uncannily exact — we would do well to follow his lead and “remember the things that were.” We must send away the clowns, bring back our pagan grandfathers, and restore them to their rightful place in man’s story; which is to say, restore to them their rightful role in the history of salvation.

The dismissal of the clowns is a small task, or should be. The discontinuity, the absurd disproportion, between the new paganism and the old is really a matter of direct perception. Between the culture of the eternally aggrieved personality seeking validation — that of Roseanne Barr and friends shuffling and singing “We All Come from the Goddess” on afternoon television — and the culture of Gaius Mucius Scaevola thrusting his hand in the fire and exclaiming, “behold, that you may see what little account the body is to those who seek glory” (Livy’s History of Rome II. 12), lies an unbridgeable gulf. While this may seem obvious, it is worthwhile looking for the underlying reason that pre-Christian paleo-paganism and post-Christian neo-paganism look so different.

Reiki practitioners say that our health problems stem from negative psychic energy in the body or its "aura" (multi-layered energy patterns).