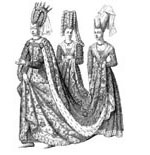 By David Mills | June 2017
David Mills, a Contributing Editor of the NOR, is Editorial Director of Ethika Politika (www.ethikapolitika.org) and a columnist for Aleteia (www.aleteia.org/author/david-mills). His latest book is Discovering Mary (Servant).

The conference’s main speaker was describing a nun’s “journey” after she found she couldn’t accept the explanations for suffering she had been taught. (Just as it’s always a nun, it’s always a journey.) He praised her for examining “her tradition” and for “risking saying what she could and couldn’t accept” in it.

The nun wound up, he said, explaining suffering with the answer, “God has His reasons.” I didn’t think her final explanation unorthodox, or even unusual, but the speaker thought it was, and he quoted it at length. He pronounced her a model of genuine theological reflection because she had developed her own theology from what she could believe and accept. She was a true theologian because she didn’t submit herself to her tradition.

The speaker was a senior figure in the mainline Protestant world and even a guru to some of the people who were sitting before him. As he reflected on the nature of theological reflection, he warned his listeners against defining theology “as a doctrine or concept applied from a static source of truth external to the event or practice at hand.” Theological reflection is — surprise! — a process. Sometimes it’s a “dynamic one.”

He was speaking at a meeting of pastoral theologians to which I had been invited by a friend who wanted my help with a project. After a couple of these lectures, I turned to my friend and said, “Gosh, you’re a bunch of narcissists.”

The Hydra of Heterodoxy

America magazine makes a case for a Deistic conception of God.

Karl Rahner is, without debate, the most influential Catholic theologian of the 20th century. During…