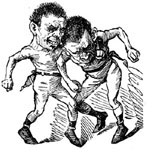 The Monumental Showdown Draws Ever Nearer

By Dale Vree | November 2003
Two interesting books, one by a liberal Catholic and one by a traditional Catholic, appeared this past summer. In A People Adrift: The Crisis of the Roman Catholic Church in America, liberal Catholic Peter Steinfels, a former Editor of Commonweal, addresses the dramatic decline, both quantitatively and qualitatively, in the U.S. Catholic Church. But Steinfels just cannot face up to the fact that the decline occurred when people such as himself have pretty much been running the American Church. Steinfels, in spite of himself, essentially wants to keep going down the same old slippery slope. He seems to be saying that if only the Church can get in sync with the feminist/sexual revolution that's overtaken Western culture, everything will work out fine. Of course, those Protestant Churches that have already done so are in steeper decline than even the Catholic Church.

Before getting to the book by the traditional Catholic, let’s consider the response to Steinfels by a moderate Catholic. Writing in Our Sunday Visitor (Aug. 24), Russell Shaw notes that Steinfels is a great fan of the late Cardinal Bernardin’s Common Ground Initiative (CGI), which, according to Steinfels, is “an invitation to restore constructive discussion between conservative and liberal factions.” (You notice how Steinfels sees those standing with the Magisterium as constituting only a “faction.”) While Shaw allows that the CGI has faced opposition, he says the following about the CGI’s desire to bring conservative and liberal Catholics into dialogue: “Who could possibly be against that?” We would remind Shaw that dialogue between the orthodox and the dissenters only legitimizes the illegitimate. All the dissenters want (for now) is to place already settled matters up for free-for-all discussion, thereby undermining the Magisterium and further disorienting the faithful.

While Shaw accepts the premises of the CGI, he says that “Catholics need more than discussion…. Coexistence and dialogue aren’t enough” (italics added). (Of course, “coexistence” between Catholics and dissenters — who are really Protestants — is impossible, as the Anglican experience has amply demonstrated.) So what more do we need according to Shaw? “We need a Church in which ecclesiological realities like the mystical body of Christ, the people of God, and communio are taken seriously; in which every Catholic’s personal role in continuing Christ’s work is recognized and valued — especially by him or her.” Of course, this is just gobbledygook — it’s typical Anglican bafflegab that can mean anything you want it to.

Finishing his prescription, Shaw says, “We need a Church…in which much of the institutional baggage burdening Peter’s bark gets thrown overboard.” What does he mean? Shaw wrote an article in Crisis magazine (May 2002) saying that he favors “substantially strengthening the bishops’ hand,” meaning even more episcopal collegiality at the expense of papal authority. In a letter, John A. McFarland wrote to complain (Crisis, Jul.-Aug. 2002) that Shaw “is implicitly serving notice on those of us who are still resisting [the liberals] that the war is over and lost and that we’d better get used to a decentralized, democratic, pluralistic, latitudinarian Church….” In the same issue of Crisis, Shaw replied dismissively, and did not deny that what McFarland said was Shaw’s intent was indeed his intent. Now you understand why one wag has said that “a moderate is just a liberal in slow motion.”

Now let’s discuss the second book: Vicars of Christ: A History of the Popes by Charles A. Coulombe (Citadel Press; 800-221-2647). The book is dedicated to Pope John Paul II — and two others. The last chapter is on John Paul, and it’s sobering. (As we write this, late news has come from the Cardinal of Vienna that John Paul is “dying” and is “approaching the last days and months of his life.” But John Paul has outlived previous such predictions, and so we don’t feel it’s time to write a eulogy.) Coulombe notes that “occasionally, such figures as Fathers Charles Curran or Hans Kueng were lightly disciplined.” Coulombe speaks of the “strange duality” that would dominate John Paul’s pontificate: “On the one hand, he would insist on traditional moral teaching…. At the same time, he refused to discipline even bishops and cardinals who openly dissented from Church teaching.” (We know of only one bishop in the 25 years of John Paul’s pontificate who was clearly disciplined, Jacques Gaillot of Evreaux, France. A darling of the French media, he went out of his way to promote contraception, the abortion pill, priestesses, and homosexual “marriage,” and he even blessed a “union” between two homosexuals. The great majority of dissenting bishops are not that reckless. They’d rather sabotage Catholic teaching than attack it head-on. Still, it took 10 years for the Vatican to get around to sacking Gaillot.)

The result of this “strange duality,” says Coulombe, has been that “for all practical purposes,” John Paul “has precisely the amount of authority over a given diocese that the local bishop chooses to give him, and no more. The generality of prelates in the developed countries are ‘titularists,’ giving the pope a primacy of honor, but nothing more. This anomalous situation has subsisted for several decades….”

Where Have All the Students Gone?

Media coverage of Catholic school closings in city after city raises a certain question that isn't asked, and that few can even imagine asking.

The Catholic Church is often portrayed as mankind’s foremost oppressor. But all who level such…